If you find yourself not being able to distinguish between shades of colours like red and green, or blue and yellow, your ophthalmologist or optometrist may ask you to run tests to diagnose a possible condition known as colour blindness or colour vision deficiency.

In simple terms, it is one’s reduced ability to perceive colour differences under normal light conditions. Notably, the condition is also known as daltonism, named after the English chemist John Dalton, who published the first major study of colour blindness in 1794 after the realisation of his own colour blindness (Dalton, 1798), mentions a 2011-study Red-Green Colour Deficiencies and the Study of Science, Computer Usage and Internet Browsing.

Here’s what you need to know about the condition

The condition, which is mostly congenital, can hamper tasks such as reading, driving, choosing clothes, ripened fruits, and also some academic activities. Explaining that there are three types of colour vision deficiencies, Dr Malvika Bansal, ASMO, Civil Hospital, Bahadurgarh, said, “Colour blindness occurs due to defects in three classes of cone cells (i.e. red, green, blue) that are present in the retina.” 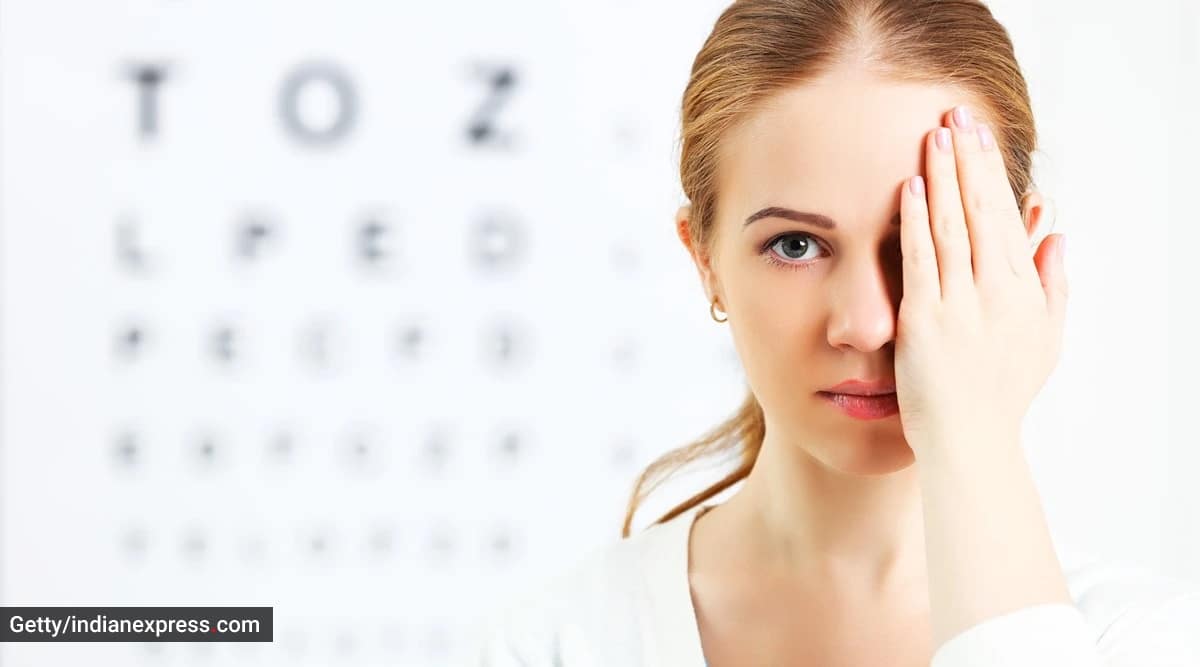 Notably, the retina has two kinds of light-sensitive cells called rods and cones. While rods are required for light and dark perception, cones help us to perceive colours. Ideally, when light falls on the retina, it activates these cone cells and perceives colours as they are. However, for people suffering with colour blindness, one or more cone cells are either absent or are not functioning properly, explained Dr Tanvi Shah, consultant ophthalmologist at Masina Hospital, Mumbai.

According to the specialist, protan (red or long wave), deutan (green or middle wave) and tritan (blue or short wave), indicate the first, second, and third cones based on the wavelength or colour perception affected.

The most common type of colour blindness is red-green which can make green look more red to some and red look more green and less bright to some others. The condition may also occur due to acquired causes like any metabolic diseases, trauma, toxic reaction to drugs, sickle cell anaemia, macular degeneration, Dr Shah noted. According to the Research Gate study, malfunctioning of one or more cone systems and mostly from problems with either the middle or long wavelength sensitive cone systems (M-cone and L- cone respectively) involve difficulties in discriminating reds, yellows and greens from one another. They are collectively referred to as ‘red-green colour blindness’ (Bowmaker and Dartnall, 1980; McIntyre, 2002).

How common is it?

According to the study, too, prevalence of red-green colour blindness in men is about four per cent with 7 to 10 per cent overall prevalence in men worldwide compared to not more than 0.5 per cent except in few groups such as females of European origin where the rate is about one per cent.

But in recessive inheritance, both matching genes must be “abnormal to cause disease”, Dr Bansal elucidated. “If only one gene in the pair is abnormal, the disease does not occur, or is mild. Someone who has one abnormal gene (but no symptoms) is called a carrier. Carriers can pass abnormal genes to their children,” mentioned Dr Bansal.

How is it diagnosed?

According to Dr Shah, depending on the type of cone which is defective or absent, the type of colour blindness can be diagnosed. The most common way to diagnose colour blindness is through the Ishihara test which makes numbers out of dots that are a different colour than the dots surrounding them. Named after Shinobu Ishihara, a professor at the University of Tokyo, Japan, who first published his tests in 1917, it requires the concerned person to score at least 12 out of 14. According to various researches, scores below twelve indicate colour vision deficiency, and 12 or more correct indicate normal colour vision, with 97 per cent sensitivity and 100 per cent specificity. 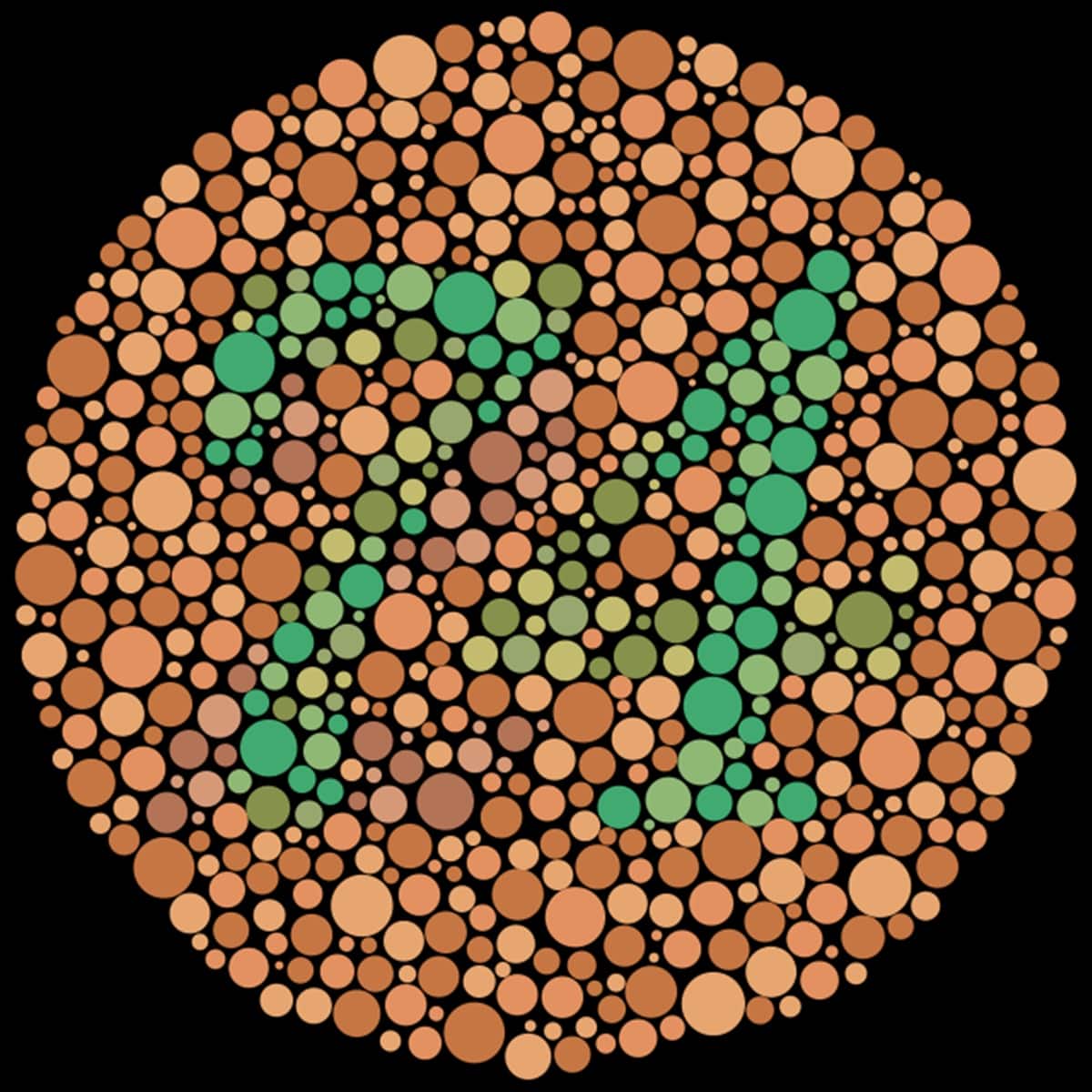 While there is no cure, according to Dr Bansal, there are many methods available which can help a colour blind person perform their daily activities with ease. “Several kinds of lenses and tinted glasses are available,” said Dr Bansal. Dr Shah also asserted that such glasses can help “up to a limit in congenital type of colour blindness”. Acquired colour blindness cannot be treated but can be improved by treating the primary disease condition,” Dr Shah elaborated.

These specialty eyewear or colour blind glasses assist vision of people with red-green colour blindness by filtering the wavelength of light selectively to bring enhanced colour perception, said Ganesh Iyer, founder and CEO, EyeMyEye which provides colour blind glasses in India. Using special optical filters, the glasses help 80 per cent of people with red-green colour blindness in perceiving a wider range of colours. “The lenses of these are crafted to offer assistance in perceiving colours accurately, along with better visual clarity and comfort with which the wearer can easily identify the colours. For full effectiveness, user needs to allow plenty of wearing time every day to adapt to the new assisting gear,” Iyer told indianexpress.com.