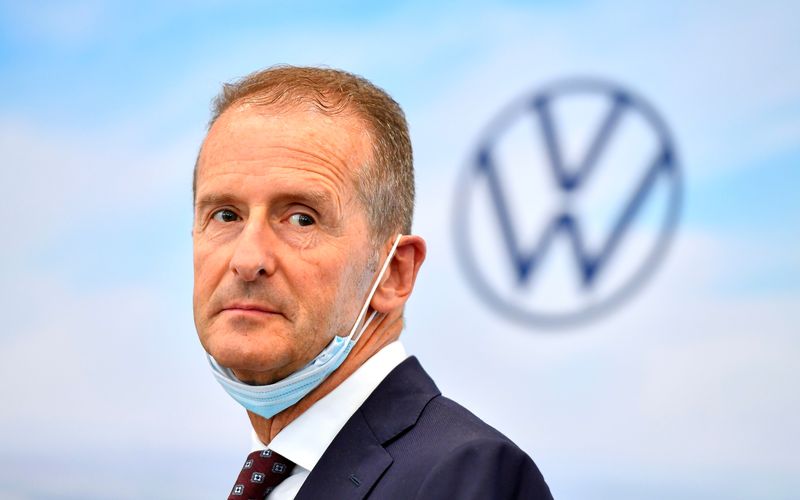 BERLIN (Reuters) – Volkswagen (ETR:) expects its electric vehicle business to be as profitable as its fossil fuel-burning cars sooner than planned, its chief executive Herbert Diess said on Thursday at the carmaker’s annual shareholder meeting.

Volkswagen previously expected to match its profit margins from combustion engine vehicles with electric vehicle sales in two to three years, but the carmaker was in a robust financial position, Diess said, despite a challenging economic environment.

“We expect that the e-mobility business will be as profitable as the combustion engine business earlier than planned,” Diess said. “Through good crisis management, we are financially robust and have strengthened our resilience.”

Diess intends for Volkswagen to overtake Tesla (NASDAQ:) and become the world’s number-one electric carmaker by 2025, building on its bigger product offering covering luxury and premium cars as well as volume brands.

Volkswagen delivered some 452,000 battery-electric vehicles globally last year and aims for half of its global output to be all-electric by 2030.

Tesla, which produced 936,000 cars last year, has said it aims to put 20 million on the road a year by the end of the decade.