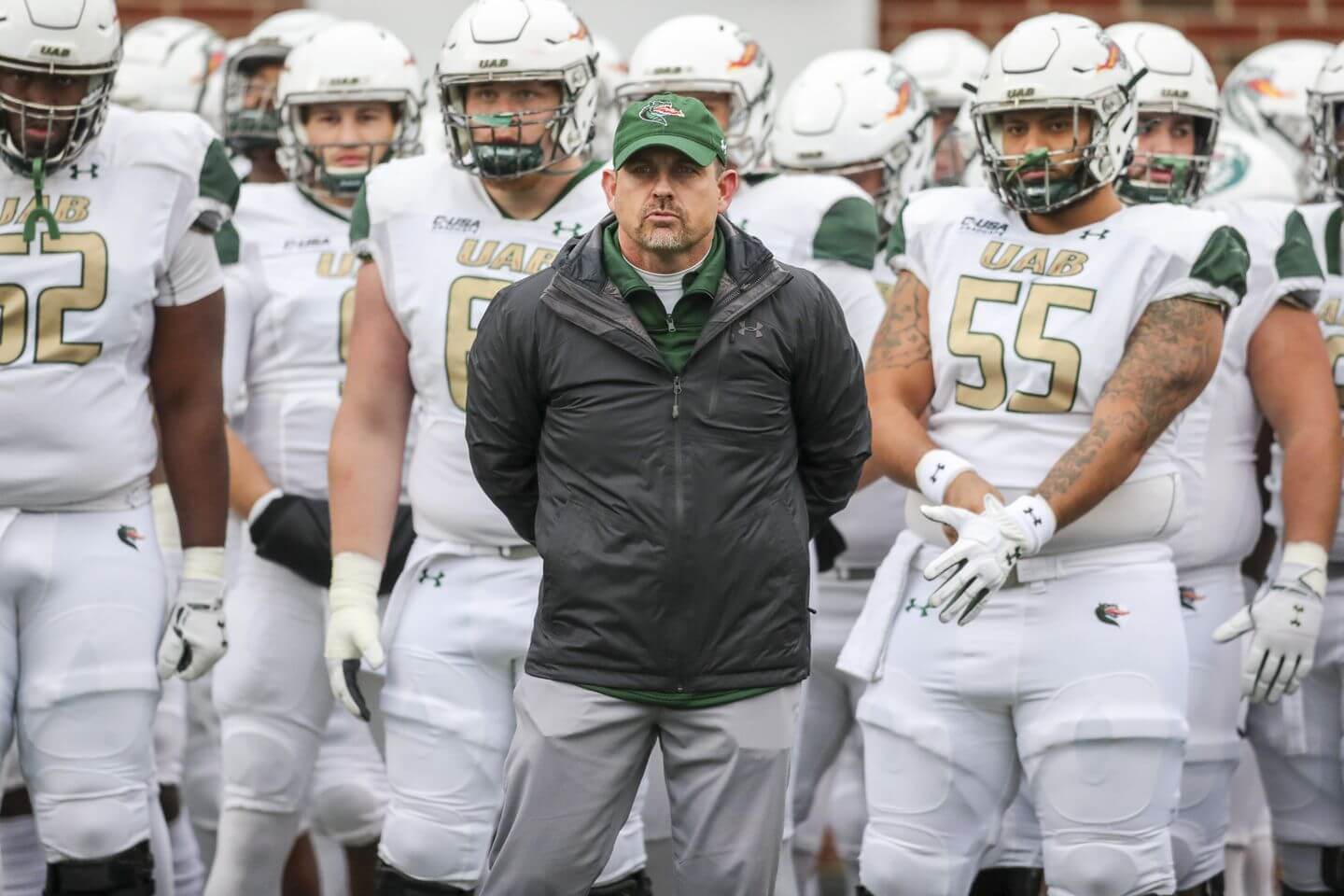 “I have reached this difficult decision after consultation with a number of world-class medical experts and much family discussion, reflection and prayer. Because of long-standing back issues that grew more and more debilitating in the last year, I have been told I need a spinal fusion,” Clark said. “Having undergone a previous back surgery, extensive physical therapy, shots and chiropractic therapy, I have exhausted all of my options. Due to the extreme physical demands placed on a head coach, it is clear to me. It’s time to pass the torch and try and get well.”

Clark went 49-26 at UAB over six seasons, never posting a losing record. He led the team to a 6-6 record in 2014, before the university system shut down the program. He stuck around as the program was brought back and took the Blazers to heights never seen before. UAB won Conference USA championships in 2018 and 2020 and became the first team in league history to play in three consecutive conference championship games.

Before UAB, Clark was an Alabama high school coach for nearly two decades. He joined the South Alabama staff in 2008 and became Jacksonville State head coach in 2013, going 11-4 in that lone season.

In 2023, UAB will move to the American Athletic Conference.