The batters blunt the Mumbai attack and propel their team to just six runs short of the rival’s first-innings score with seven wickets intact; Patidar unbeaten on 67

The batters blunt the Mumbai attack and propel their team to just six runs short of the rival’s first-innings score with seven wickets intact; Patidar unbeaten on 67

The sun finally shed its monsoon-induced diffidence and was out in all its glory at the M. Chinnaswamy Stadium here on Friday and the brightness-quotient multiplied as Yash Dubey and Shubham Sharma lent their share of luminescence. The centurions and their 222-run second-wicket partnership helped Madhya Pradesh strike a dominant note against Mumbai in the Ranji Trophy final.

At the third day’s close, Madhya Pradesh posted 368 for three in its first innings and needs a mere seven to surpass Mumbai’s 374 while a busy Rajat Patidar and skipper Aditya Shrivastava remain at the crease. 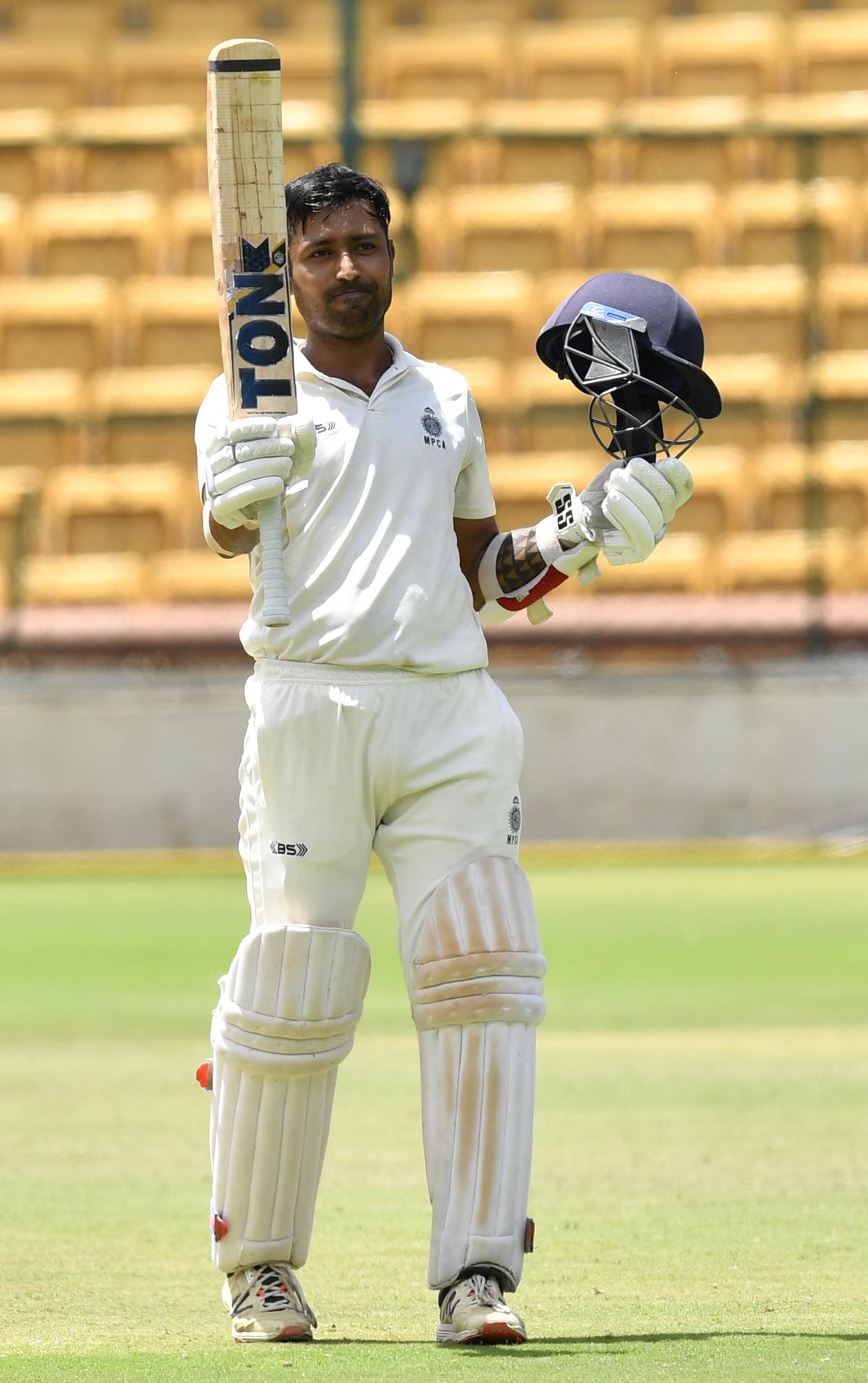 Earlier, resuming at the overnight 123 for one, Madhya Pradesh relished the assurance that radiated from Dubey (133, 336b, 14×4) and Sharma (116, 215b, 15×4, 1×6). Mohit Avasthi attempted a yorker, Dubey dug it out and, in the same first over, steered a four. And through the day this pattern was replicated; if any Mumbai bowler beat the bat or let out a ear-splitting lbw appeal, the riposte would be a four!

Mumbai skipper Prithvi Shaw’s plans of stifling Dubey and Sharma, came to nought. Sharma essayed two drives for four off Tushar Deshpande and soon it became a tale of fluid runs. Mumbai fielders perhaps crossed a line while sledging and umpire K.N. Ananthapadmanabhan had a word with Shaw.

The shared pursuit of team glory and individual milestones powered Dubey and Sharma as they reached their respective fifties. Mumbai had a chance when Sharma on 55 chipped one towards short-cover and Armaan Jaffer failed to latch on. There was a minor scare when Dhawal Kulkarni’s short-pitched delivery struck Dubey on his helmet. The batter remained unruffled, the bowler gestured an apology and a few overs later, Dubey straight drove Kulkarni for four.

When spinners Shams Mulani and Tanush Kotian raised the odd query, the former was hoisted for six and the latter struck for four as Sharma shifted gears. Dubey added his bit after surviving an lbw appeal from Kotian, slamming the spinner past the ropes. The 100 was etched once Dubey swept Kotian and Madhya Pradesh was sitting pretty at lunch with 228 for one.

On resumption, it was Sharma’s turn. The second new-ball made no impact and with a cover-drive, Sharma reached his ton. He then streaked some fours, survived a needless appeal for caught behind, but Avasthi, the aggrieved bowler, soon found the edge. Madhya Pradesh was 269 for two and the spectators applauded Sharma and vociferously cheered the next man Patidar due to the Royal Challengers Bangalore-connect.

The batter exuded a T20-vibe, striking fours at will without sacrificing his aesthetics. And with Dubey continuing to hold firm, Madhya Pradesh was on 301 for two at tea.

In the last session, Patidar was caught on 52 but off a Mulani no-ball, and Mumbai’s cup of woes brimmed.

Eventually, Dubey snicked Mulani and Mumbai fielders graciously patted the batter. Madhya Pradesh is ahead in the summit clash and should stay that way unless Saturday throws up some surprises.