Queen’s jewellery, including the Delhi Durbar necklace, to go on display; know more about this exquisite jewel
Advertisement This February, Queen Elizabeth II became the first British monarch to celebrate a platinum jubilee, marking 70 years on the throne. As part of the year-long celebrations, the Queen’s personal jewellery collection including the famous diamond diadem and the Delhi Durbar necklace among others will go on display at the various royal palaces.

One of the most prized possessions in the collection, the stunning Delhi Durbar necklace consists of nine emeralds originally owned by Queen Mary’s grandmother. It also features an 8.8-carat diamond cut from the Cullinan diamond – the largest diamond ever found. 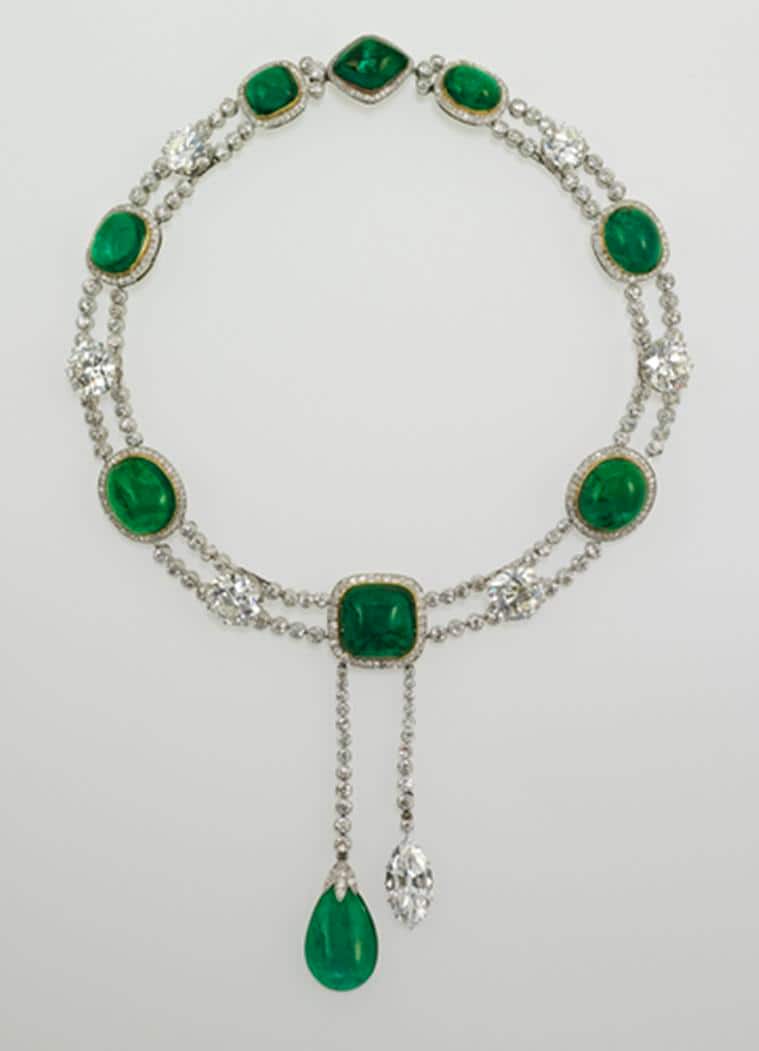 The magnificent necklace was made for Queen Mary as part of a suite of jewellery created for the Delhi Durbar, a massive celebration in India, in 1911. She wore the necklace with her coronation robes for the Durbar. According to The Court Jeweller, the main event of the celebration, which took place at Delhi’s Coronation Park on December 12 in 1991, was attended by royals from throughout India.

Queen Elizabeth II inherited the same in 1953 and wore it in a portrait sitting for Dorothy Wilding in 1956.

Another precious piece of jewellery to go on display is the Queen’s famous Diamond Diadem, which is set with 1,333 brilliant-cut diamonds and consists of a band with two rows of pearls on either side of a row of diamonds. Inherited by Queen Victoria in 1837, it was created for the coronation of George IV in 1821. It was then passed to Queen Alexandra, Queen Mary, Queen Elizabeth and then to Queen Elizabeth II, who wore it on the day of her Coronation and has worn it on her journey to and from the State Opening of Parliament since the first year of her reign.

Zac Efron: I was drastically underprepared to play a dad