A special service of thanksgiving for Queen Elizabeth, who passed away last Thursday at Balmoral Castle, was held at St Giles’ Cathedral in Edinburgh on Monday. In a poignant tribute to the Queen, Camilla, who is now the Queen consort, wore a special accessory at the event.

The 75-year-old was seen wearing a Diamond Thistle Brooch pinned on her all-black mourning ensemble. The beautiful glittering heirloom was gifted to Camilla by Queen Elizabeth. 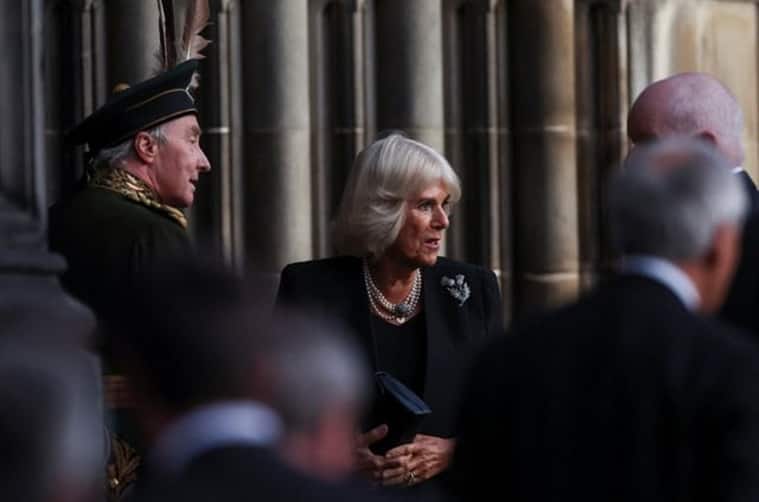 The brooch was one of the Queen Mother’s regular jewel pieces that she often pinning to her hat. After her death in 2002, it was passed on to her daughter, Queen Elizabeth, who then gifted it to Camilla.

The rarely-seen accessory was first worn by Camilla in 2015 during her visit to New Zealand. Last January, she adorned it while reading Robert Burns’ ‘My Heart’s in the Highlands’ to mark Burns Night, and then again at the Scottish Opening of Parliament.

The Duchess attended a literary reception at @otago this afternoon #RoyalVisitNZ pic.twitter.com/wrHQp6r5C6

The accessory is also a nod to Scotland as thistle is the Scottish national flower and can be found across the country – from the “lowlands to the highlands, and even on the islands,” according to National Trust for Scotland.

Earlier this year, The Queen, Britain’s longest-reigning monarch, had expressed her wish for Camilla to become Queen Consort once King Charles III ascended the throne. “When, in the fullness of time, my son Charles becomes King, I know you will give him and his wife Camilla the same support that you have given me; and it is my sincere wish that, when that time comes, Camilla will be known as Queen Consort as she continues her own loyal service,” she wrote, in a letter marking her 70 years on the British throne.