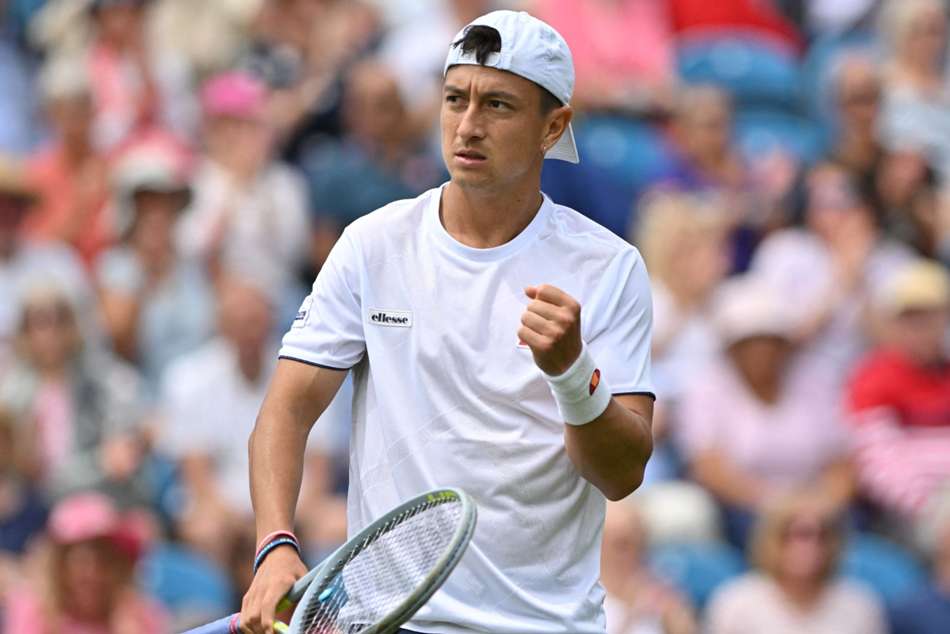 Peniston beat world number five Casper Ruud as he reached the quarter-finals at the Queen’s Club Championships last week, and followed that up by recovering from a set down against Rune to reach Eastbourne’s last 16 in impressive fashion.

“Since Queen’s it has been madness. A couple of weeks ago was a lot different and things have changed, but I’m loving it.”

Having some fun out here 🏃‍♂️✌️

Rune, who was twice two points from victory in an enthralling contest, was jeered by spectators after hitting a ball out of court and kicking his towel bin after being broken in the third set.

Peniston will face Pedro Martinez in the next round after he benefited from fellow Spaniard Alejandro Davidovich Fokina being forced to retire at one set apiece, while Ugo Humbert fell to a 6-7 (2-7) 6-3 6-4 reverse against Brazil’s Thiago Monteiro.

The seeds in action at the Mallorca Open endured mixed fortunes as Sebastian Baez cruised past Jordan Thompson in straight sets, but Botic van de Zandschulp was beaten by Marcos Giron.

You have already subscribed