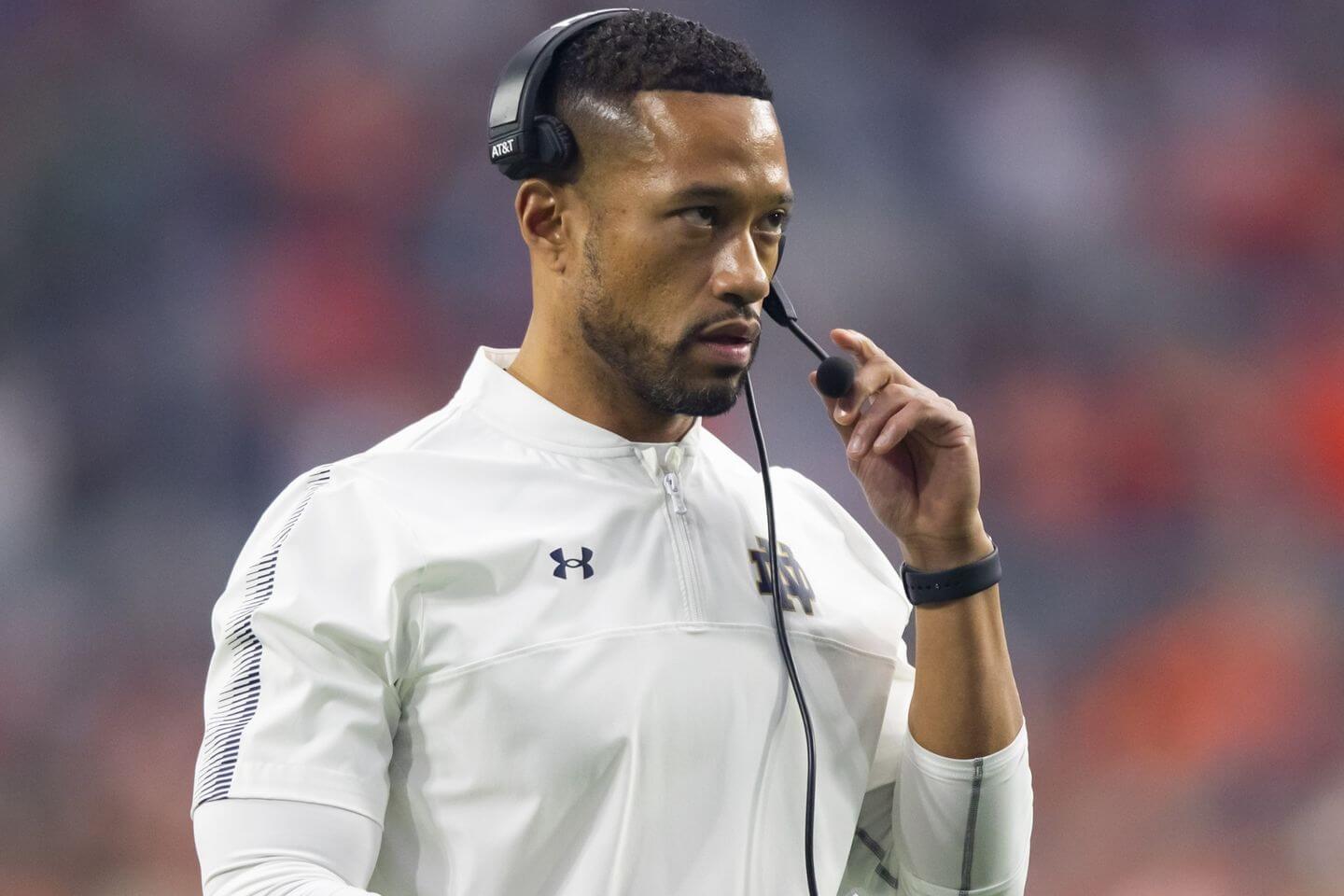 Larsen is the fourth commitment in Notre Dame’s ’24 class and the second this month, following five-star quarterback CJ Carr. Both attended Irish Invasion earlier this month, as did four-star receiver Cam Williams from outside Chicago, who plans to make a commitment on June 29. Notre Dame appears to be in strong position for Williams over finalists Michigan, Iowa, Wisconsin and Cincinnati.

Larsen, who plays at Charlotte Catholic, has disparate early rankings across the three major networks. He’s highest on 247Sports, which tagged Larsen as the nation’s No. 49 overall prospect and No. 3 tight end. Rivals and On3 were more conservative with the 6-foot-3, 212-pound athlete. Both have him as a three-star prospect.

“Definitely education was huge, a place I could get a good degree,” Larsen said during his announcement on the factors that led him to a decision. “Obviously the football program, winning excellence. Somewhere where I feel at home, a family environment.”

Notre Dame now has the No. 1 recruiting class in both the 2023 and 2024 cycles according to the 247Sports Composite Team Rankings.