The official website for the new live-action series of Fumi Yoshinaga‘s Ōoku: The Inner Chambers manga revealed the main cast members for the series’ Iemitsu arc on Thursday. 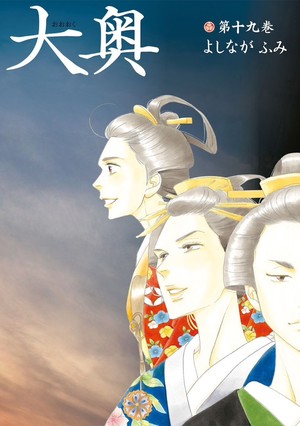 Viz Media publishes the manga in English, and it describes the story:

In Edo period Japan, a strange new disease called the Red Pox has begun to prey on the country’s men. Within eighty years of the first outbreak, the male population has fallen by seventy-five percent. Women have taken on all the roles traditionally granted to men, even that of the Shogun. The men, precious providers of life, are carefully protected. And the most beautiful of the men are sent to serve in the Shogun’s Inner Chamber…

The series will premiere on NHK in January 2023. Yoshiko Morishita (live-action JIN) is penning the scripts for the show. The series will primarily center on the Iemitsu, Tsunayoshi, Yoshimune, and Imperial Restoration arcs.

Yoshinaga launched the manga in Hakusensha‘s Melody magazine in 2004, and ended it in December 2020. Hakusensha published the manga’s 19th and final volume in February 2021, and Viz Media published the final volume in English on March 15 earlier this year. The manga won the 2009 James Tiptree, Jr. Award, and won the Tezuka Osamu Cultural Prize in 2009. Its other honors include the 1st anan Manga Prize, the 56th Shogakukan Manga Prize in the shōjo division, the 5th Sense of Gender Prize’s Special Award, and most recently, the Grand Prize in the 42nd Nihon SF Taishō Awards.