AEW recently shared a new graphic for Full Gear, which will emanate from the Prudential Center in Newark, NJ on November 19. That week’s edition of Rampage will air live from the same arena on November 18.

CM Punk, Kenny Omega and the Young Bucks have notably been removed from the graphic, after featuring on the previous version.

These stars were all allegedly involved in a backstage fight following CM Punk’s verbal tirade during the All Out post-show media scrum. It is believed that Punk, Omega, the Young Bucks and several other names were suspended following the altercation. 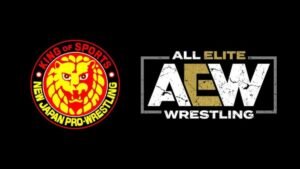 CM Punk is also currently recovering from surgery to repair a torn tricep, so he’s expected to be out of action for a number of months regardless.

The likes of MJF, TNT Champion Wardlow and interim Women’s Champion Toni Storm have been added to the new graphic, and acts including FTR and Swerve In Our Glory have been featured more prominently.

Interestingly, the House of Black is still on the graphic with Malakai Black, who was reportedly granted his conditional release from the company.