Lee Joon is excited to take on his new role in “Bloody Heart”!

KBS 2TV’s “Bloody Heart” is a fictional historical drama about the bloody political romance between Lee Tae (Lee Joon), a king who has to abandon the woman he loves to survive, and Yoo Jung (Kang Han Na), a woman who has to become the queen to survive.

Lee Joon portrays the role of king Lee Tae who dreams of an absolute monarchy for his own survival. Lee Tae believes that any means taken for this goal is justifiable, and if necessary, he will not hesitate to take an illegal or dishonest route. However, he is forced to choose between the monarchy and love once he falls into a heated political battle against Yoo Jung, his former lover from his youth.

The actor had much to say about this upcoming role of his, starting with, “I chose ‘Bloody Heart’ at the thought of gaining fresh experiences by participating in a drama with very convincing characters. I especially had the desire to challenge myself to overcome my baseless fear regarding the sageuk (historical drama) genre.”

He continued, “Lee Tae has a big heart, and he is a very humane person. He is a three-dimensional character with a complicated mind, so I sometimes feel sorry for him. I was able to relate to him well while acting and even felt sympathy for him, so in moments where I had to pour out my feelings, I found it tough at times.” 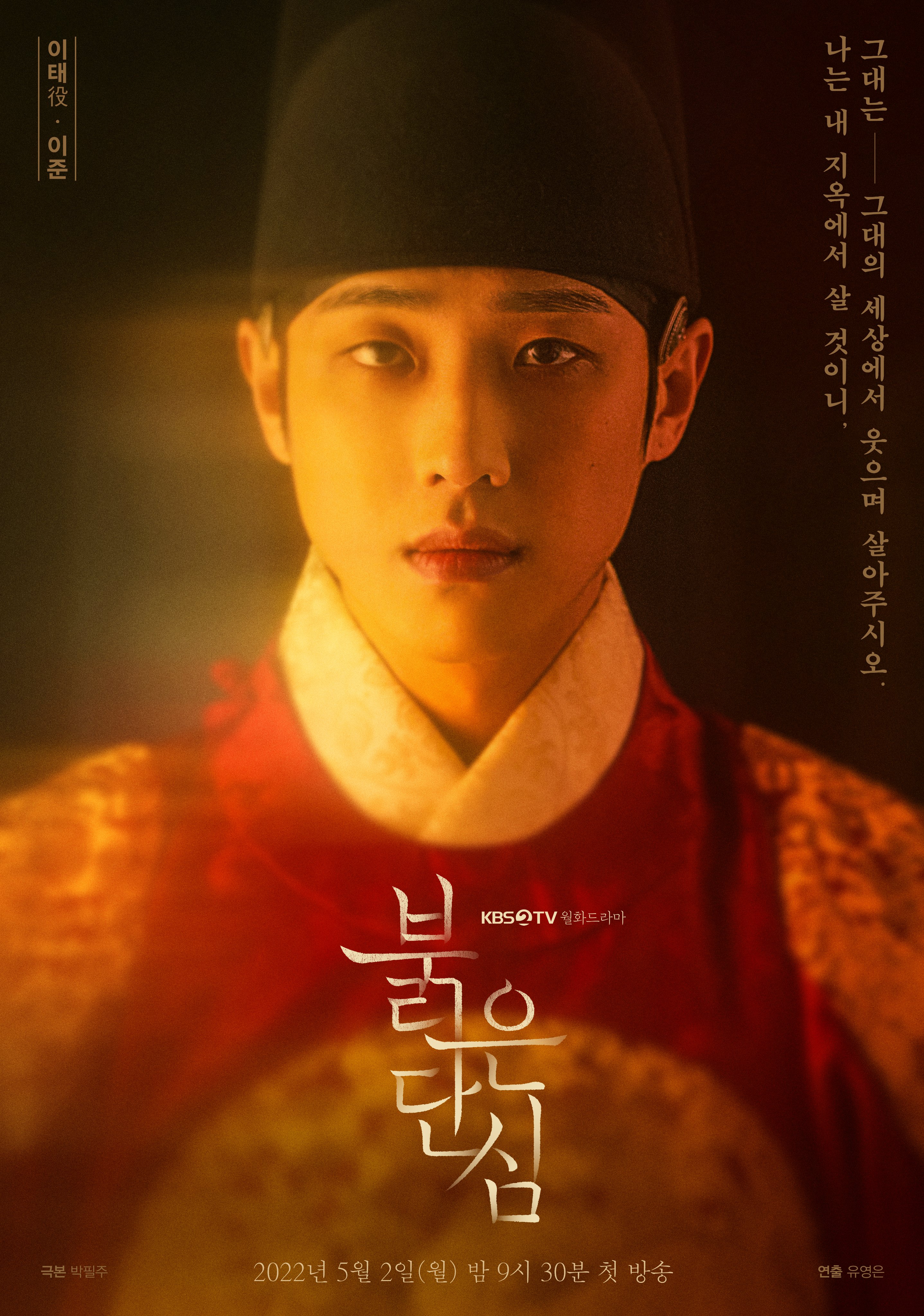 As for keywords that capture the essence of Lee Tae, Lee Joon chose “slow speech,” “low tone of voice,” and “weakness.” He explained, “Since he’s a character that is different from all the roles I’ve taken on so far, I’ve been portraying him while setting various parameters. I worry whether I’m expressing him well, but in general, I’m making an effort to not overdo it rather than placing my focus on one aspect.”

The actor finally commented, “Whenever I come out with a new project, I feel fear and excitement, and many emotions coexist within me. I really do hope that you enjoy ‘Bloody Heart.’”

In the meantime, watch Lee Joon in “Heard It Through the Grapevine“: