“Little Women” is a new drama starring Kim Go Eun, Nam Ji Hyun, and Park Ji Hu as three sisters with a close bond who grew up in poverty. When all three of them become entangled with one of the nation’s wealthiest families, they are catapulted into a new world of money and power that is unlike anything they’ve known before.

On the previous episode of “Little Women,” Won Sang Ah (Uhm Ji Won) asked someone to look into Oh In Joo (Kim Go Eun) after the accountant turned up at her house with a significant amount of cash, wondering aloud how she could have suddenly gotten her hands on so much money.

Meanwhile, her husband Park Jae Sang (Uhm Ki Joon) approached Oh In Hye (Park Ji Hu) with an ominous proposal, raising the question of whether Oh In Hye’s growing greed and ambition will lead her to betray her own sister.

In newly released stills from the drama’s upcoming fourth episode, Won Sang Ah’s interest in Oh In Joo continues to grow as she meets the younger woman for a meal. However, while Won Sang Ah acts as normal as ever, there is something noticeably different about Oh In Joo: she now has a black eye that she initially attempts to hide under sunglasses. 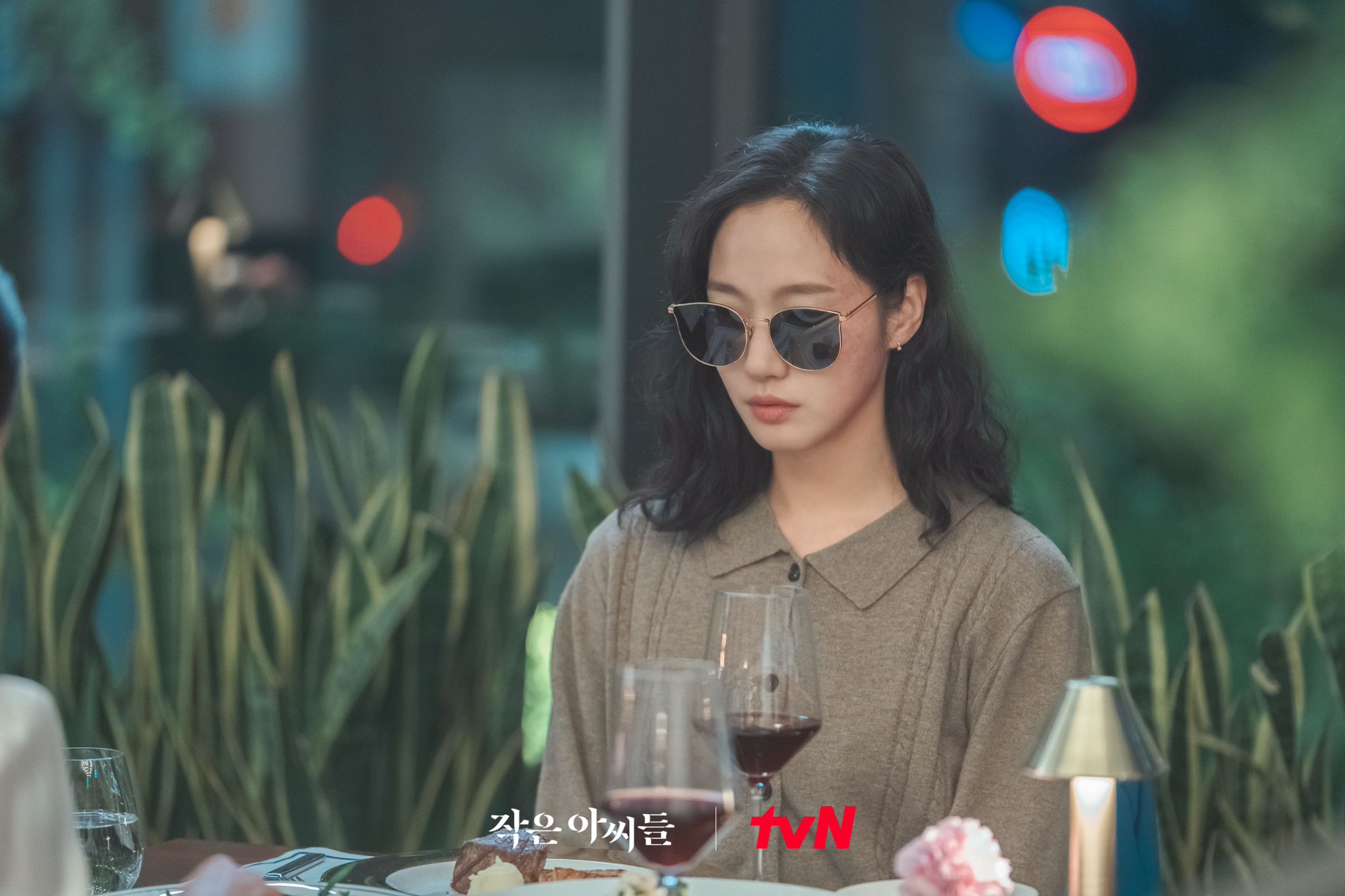 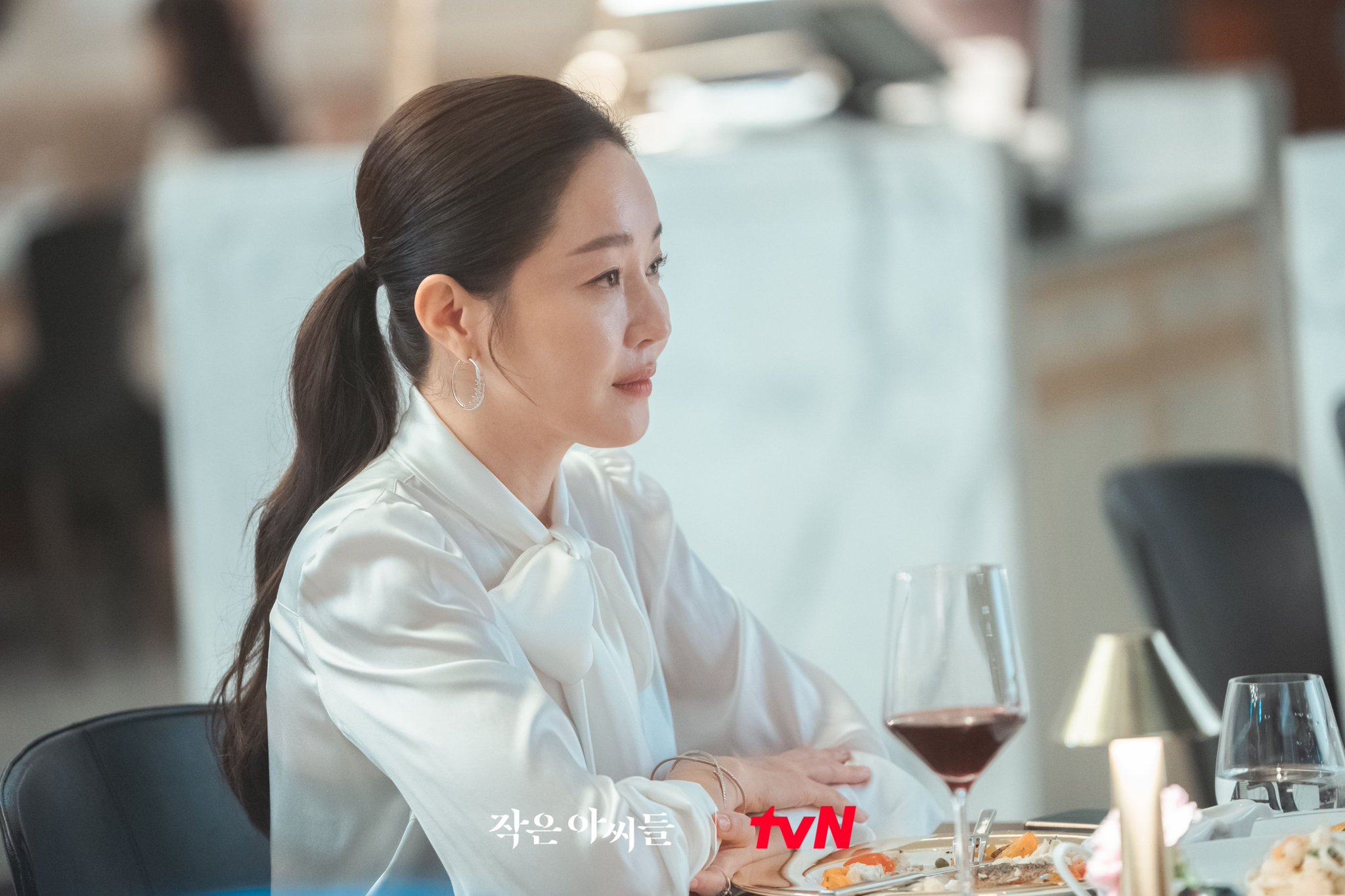 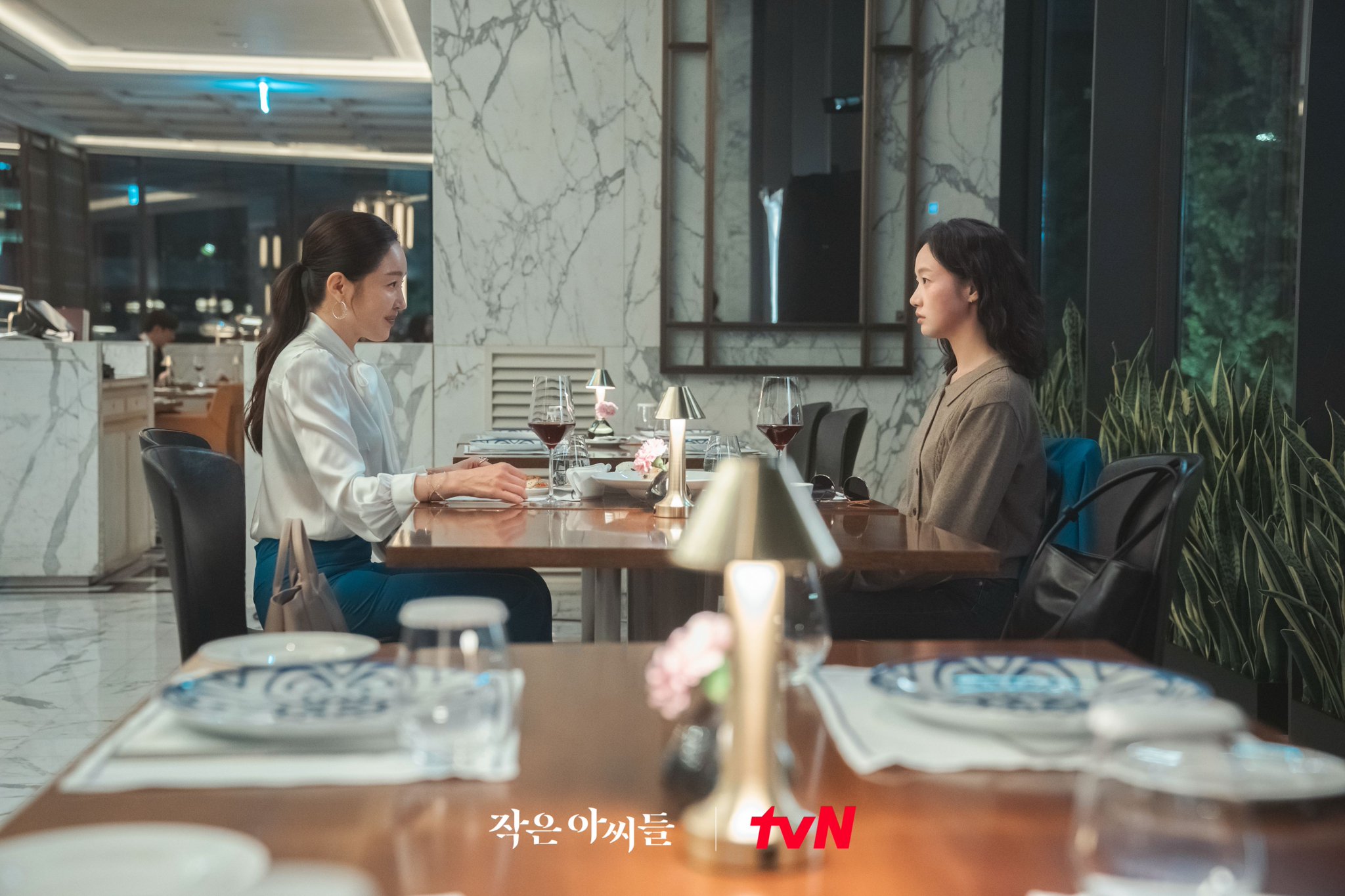 The producers of “Little Women” commented, “Won Sang Ah, who is a member of the Wonryong family, is a character who has had everything from birth—and who would do anything to protect the things that belong to her.”

They went on to tease, “Please keep an eye on how she becomes entangled with the three sisters.”

To find out how Oh In Joo gets her black eye—and how she will become further entangled with Won Sang Ah—tune in to the next episode of “Little Women” on September 11 at 9:10 p.m. KST!

In the meantime, watch Kim Go Eun in her previous drama “Yumi’s Cells 2” with subtitles below: