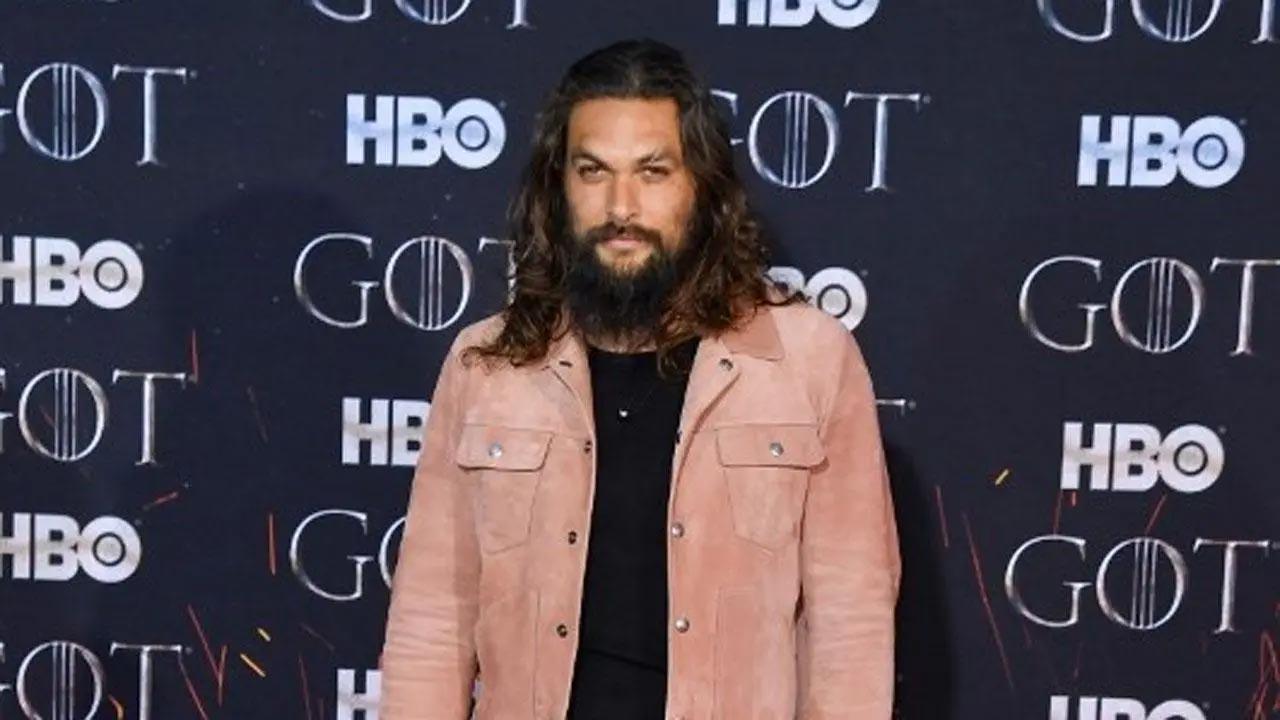 In the images, the `Game of Thrones` alum flaunted his serious arm muscles in a black tight vest paired with black leather trousers and sturdy black boots. He accessorised his look with gold chains and some rings, reports aceshowbiz.com.

The Hawaiian-born star got a massage on his shoulders from an assistant when waiting to film his scene. He sat cross-legged on the stairs while his long locks were swept up in loose bun.

Momoa then put on a snakeskin jacket and black shades as he was ready to film his scene. A man, probably his double wearing the same outfit as his, was seen on the set that day, but the `Aquaman` star was seen filming his own action scene.

In the scene, Momoa`s character rides a motorcycle up stairs while another person in a brown jacket, seemingly a woman, is trailing behind him.

After reaching the top of the stairs, he stops his motorbike and takes off his jacket as he walks down the stairs.

Momoa is confirmed to play a villain in the upcoming movie. It`s said that the actor`s character could work alongside Charlize Theron`s Cipher, who escaped at the end of `F9`.