New movie “The Killer: The Child Who Deserves to Die” (literal title) has shared a poster to amp up anticipation for the upcoming premiere!

The film is based on a novel of the same name written by Bang Jin Ho and tells a story about a retired killer who gets swept up in a case while using violence to protect an adolescent girl he suddenly becomes in charge of. It is directed by Choi Jae Hoon (“The Swordsman”).

Jang Hyuk will be playing Bang Eui Kang, who once used to be a professional killer but is now enjoying a leisurely life. GWSN‘s Anne (real name: Lee Seo Young) will take the role of Kim Yoon Ji, an ordinary high school student, but she has a lot of hidden scars because she has no one she can depend on. Bruce Khan, who has worked as in both Hong Kong and Hollywood, will star as Yuri, a gang member who wakes up Bang Eui Kang’s killer instincts.

The newly released poster features the legendary Bang Eui Kang. His gaze is intense as he blends in with the darkness, and he exudes a heavy presence with a gun in his hand. The text on the poster reads, “He will wake up,” foreshadowing the return of a merciless killer who will not hesitate to take down his enemies. 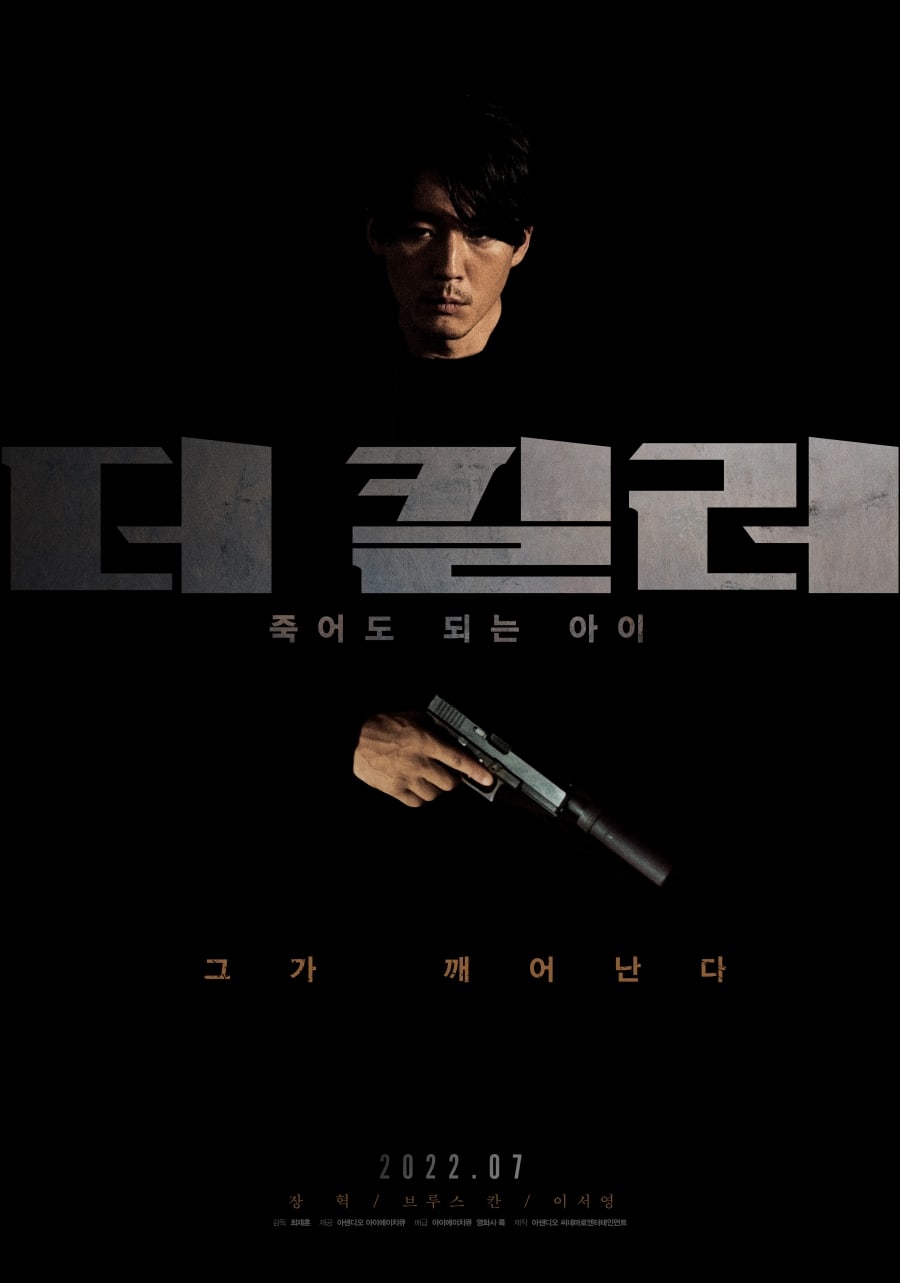 “The Killer: The Child Who Deserves to Die” will be simultaneously released in Korea and North America in July.

In the meantime, watch Jang Hyuk in “Tell Me What You Saw” below: