Intel’s Arc A-Series discrete graphics processing units are part of the company’s mission to provide high-performance graphics hardware, software, and services to gamers and creators everywhere. With the release of the Intel Arc Graphics family for laptops, Intel is taking the next step in completing its mobile platform.

The company didn’t stop there, though; it also provided a thorough breakdown of the next-generation Arc A-series GPUs’ hardware specifications to answer any remaining questions.

A-series desktop GPUs will be offered as Intel Arc 3, 5, and 7 graphics, just like Intel Core CPUs provide different performance tiers like i3, i5, and i7. 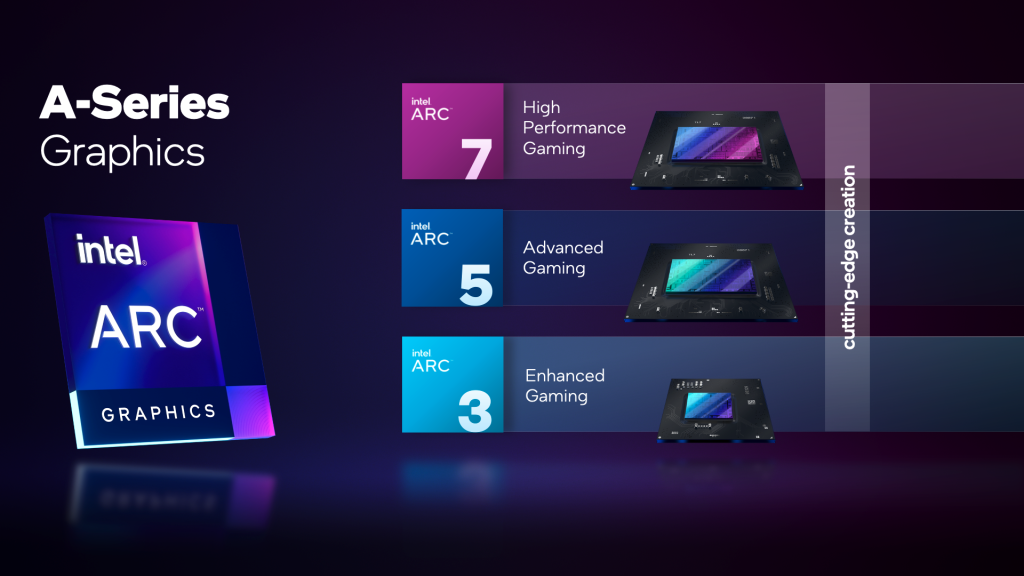 Intel Arc A770 and Arc A750 GPUs with 32 and 28 Xe-cores, respectively, compose the upper ranks. The Arc A580 GPU features 24 Xe-cores, while the Arc A380 GPU has 8 Xe-cores and serves as the entry-level desktop cards. These specifications are essential for rasterization and ray tracing, especially the graphics clock speed. 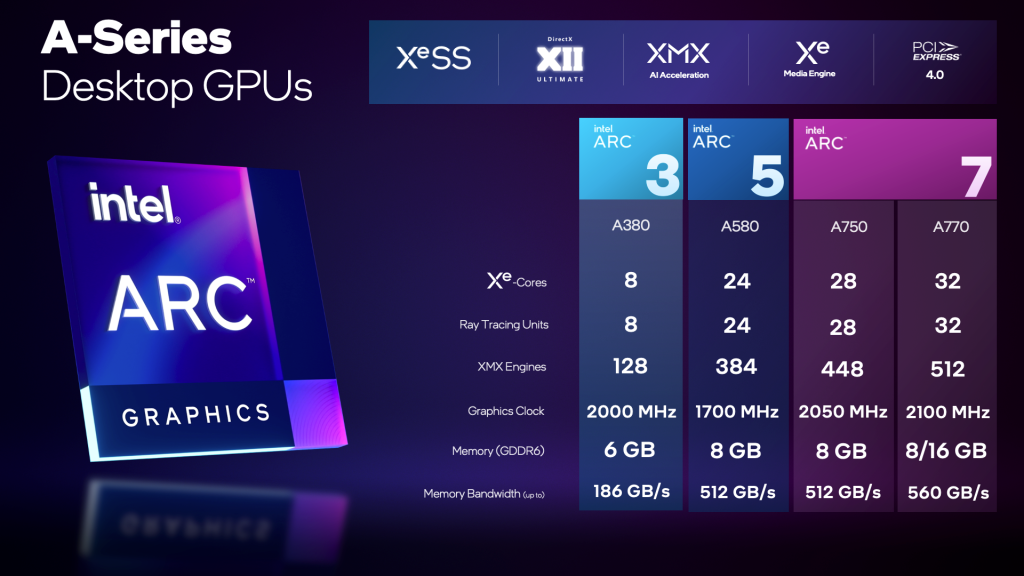 It is the average frequency these processors operate at across a variety of heavy and light workloads, not a fixed frequency. The latest Intel Arc A-Series Graphics offers;

Except for the VRAM capacity listed for the Intel Arc A770 GPU, these specifications are rather obvious. When our add-in card (AIC) partners construct their own versions of Arc A770 cards, the vast majority will include 8 GB of GDDR6 memory. The Intel-branded card (IBC), which is our limited-edition A770 GPU, has twice as many. Even though the hardware in each variant varies, every card is fully featured. 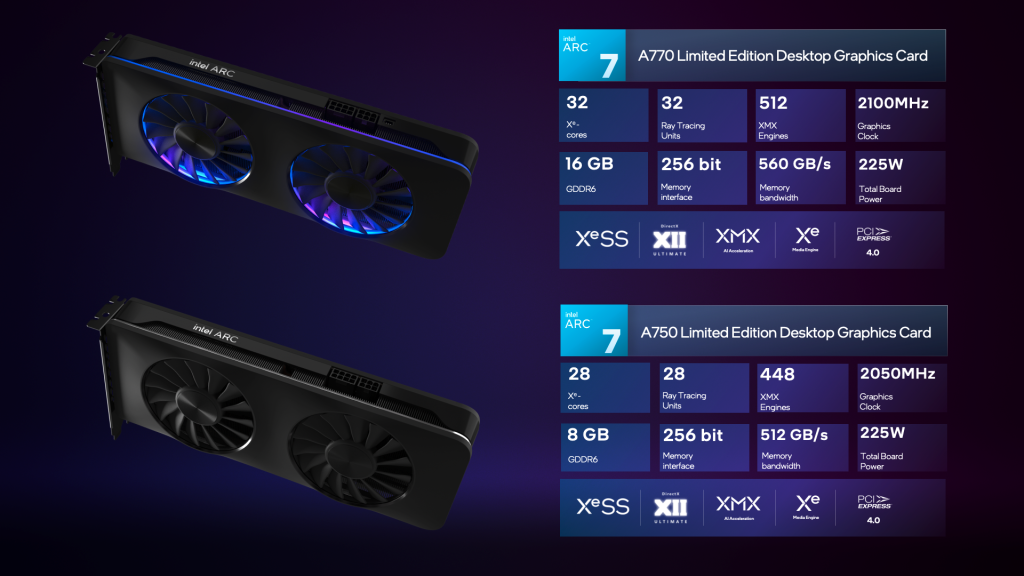 Aside from that, the company is also introducing Intel Arc Control Software, which provides Intel Arc Control applications. The software gives you access to real-time performance data, has driver downloads built in, and has other features.