The official website for Extreme Hearts, the new project from writer Masaki Tsuzuki, revealed on Friday a new cast member and a character video that highlights Hiyori Hayama, Saki Kodaka, and Sumika Maehara.

Chinami Hashimoto will play QON-N4CX Nono, or Nono for short. 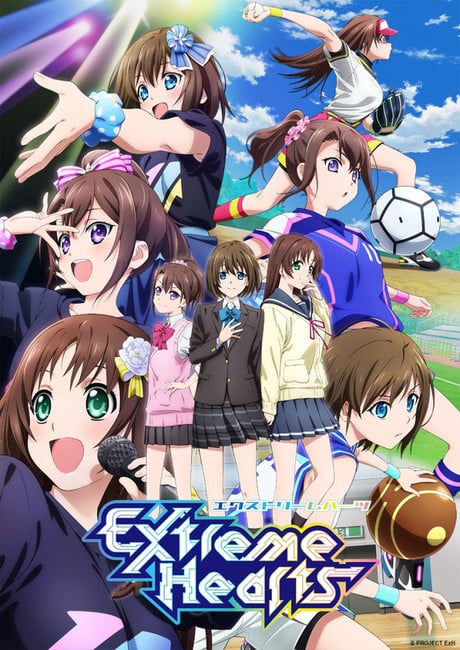 The five cast members in May-Bee include:

The story is set in the future, not long after the present day. Hyper Sports, which use extreme gear as support items, have become popular hobby competitions among both children and adults. Hiyori Hayama is a high school singer who has nothing to do with Hyper Sports, but a certain incident sets the story in motion. “This is the story about how we met our greatest friends.”