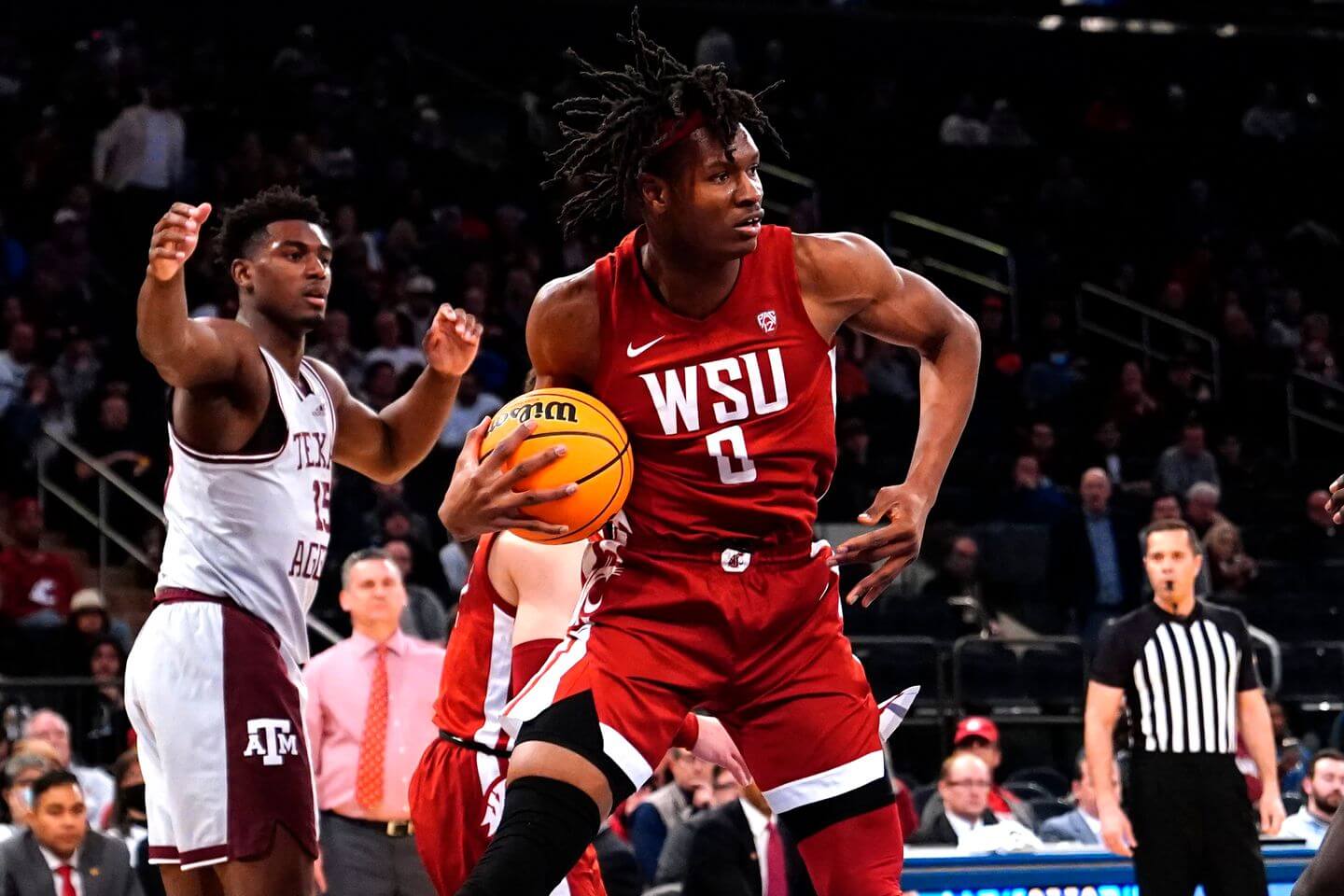 Efe Abogidi will leave Washington State to join the NBA G League Ignite. Abogidi is the first player to leave a Power 5 school before his eligibility was exhausted to play for Ignite.

Abogidi, a 6-10 forward/center from Nigeria, averaged 8.1 points and 5.8 rebounds last season. Earlier this summer, he entered the transfer portal and declared for the NBA Draft. Ignite officials approached Abogidi about the idea of playing next season in the G League to continue to develop his game and prepare for next year’s draft.

“We went and sought out him because we feel he has the ability to be an NBA first-round pick,” Ignite coach Jason Hart said.

It’s a big step for Abogidi, who burst onto the social media scene in 2017 as a 15-year-old when he dunked from the free-throw line at an NBA Academy event in Senegal. A few months later, he suffered a serious left knee injury while playing at the NBA Academy Global Games in Canberra, Australia. It took two years to rehab the injury before landing a scholarship at Washington State.

Abogidi had offers from more than a dozen Division-I programs when he entered the transfer portal, but he picked the Ignite because he thought it was the best opportunity to work on his game and prepare for the draft.

His NBA Academy teammate in Australia, Dyson Daniels, played for Ignite last season and was drafted No. 8 by the New Orleans Pelicans on Thursday night.