Surprising everyone, the award-winning teacher created the miniature portrayal of the second president of India on a pencil lid within one hour.

Paying a fitting tribute on Teachers’ Day, a drawing teacher from Telangana has sculpted the portrayal of the second president of India, Dr. Sarvepalli Radhakrishnan on a pencil lid, marking his birth anniversary on September 5.

Choleshwar Chari, working as a drawing teacher in a minority welfare residential school in Vemulawada is a native of Raghavapatnam village in Gollapalli Mandal of Jagtial district.

Being a member of the Goldsmith community, he has been showing his prowess ranging from miniature art to sand art to poems. With one of the art forms of sculpture at his fingertips, making miniature beautiful works is like a cakewalk to him.

Surprising everyone, he created the miniature portrayal of the second president of India on a pencil lid within one hour. 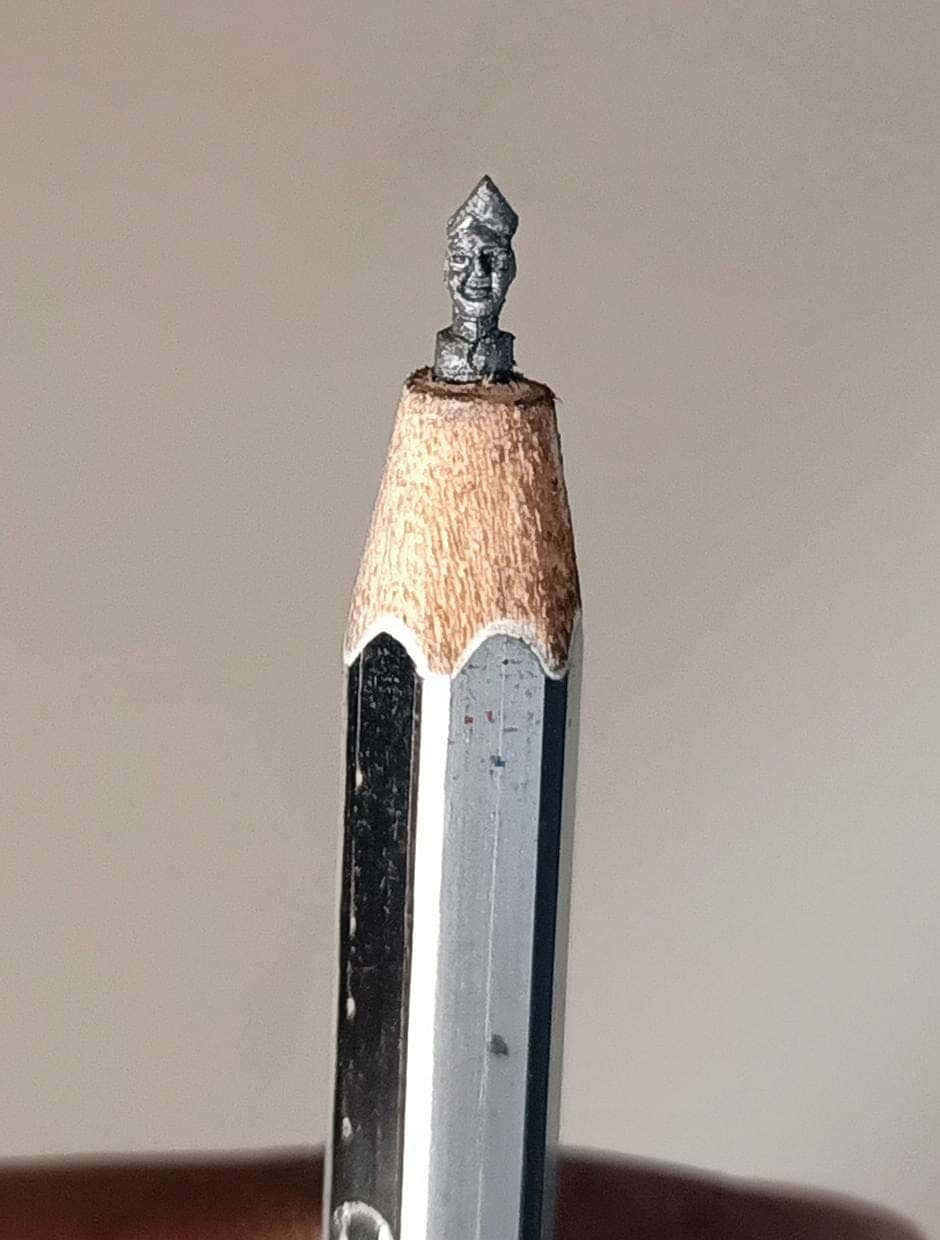 In 2017, Choleshwar Chari received the best sculpture award from the Telangana government. He sculptured as many as 1,000 sculptures of intellectuals, writers, social workers, poets, great personalities, and freedom fighters from Telangana.

Talking to News18 he said that he dedicated his artwork to the teachers who has been rendering selfless service to the society in shaping up the best future citizens of the country.

People from all walks of life at Vemulawada as well as his native village Raghavapatnam have been appreciating the multitalented teacher for making a miniature sculpture on the pencil lid which is a proud moment for the entire teaching community on the very auspicious occasion.