The second gameweek of the UEFA Champions League will start with Antonio Conte’s past and present, Tottenham Hotspur and Inter Milan, in action in two different games.

While Tottenham has travelled to Sporting for the fixture, Czech side Viktoria Plzen will host Inter Milan at the Doosan Arena. 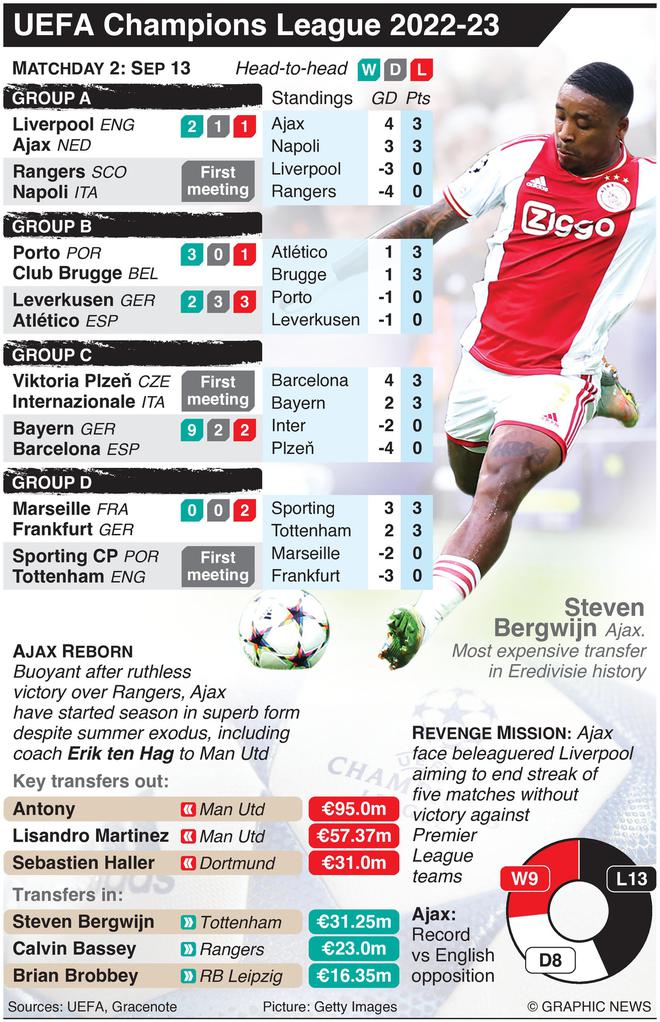 Inter Milan will look to register its first win in the Champions League this season, after suffering a 0-2 loss to Bayern Munich in the first UCL match, and its hopes of a resurgence will surely be boosted with a 1-0 win over Torino, its last match before tonight.

Plzen has started the UCL campaign with a loss as well, but will rest its hopes of an upset on the fact that the tournament has previously given some of that before, such as FC Sheriff’s win over eventual Champion Real Madrid, last year.

Tottenham Hotspur has looked very impressive under the Italian and is unbeaten so far, this season, in seven matches. It started its Champions League campaign with a 2-0 win over Marseille and will expect something similar against Sporting CP, another team to start UCL with a win.

The Portuguese side comes into the game with three wins in a row, with the most recent being a 4-0 win over Portimonense.

When and where will the Champions League matches – Viktoria Plzen vs Inter Milan, Sporting CP vs Tottenham Hotspur be played?

The UCL match between Viktoria Plzen vs Inter Milan is scheduled for a 12:30 am IST on Wednesday, at the Doosan Arena.

The Champions League match Sporting CP vs Tottenham Hotspur, on the other hand, will be played at the Jose Alvalade Stadium in Lisbon, Portugal. This match is also scheduled for a 12:30 am IST kick off on Wednesday.

Where can I watch and live stream the UEFA Champions League?

UEFA Champions League will be live telecast on the Sony Ten Network, on Ten 1, Ten 2 and Ten 1 HD and Ten 2 HD respectively.

The tournament can be live streamed on Sony LIV and JioTV.