Asha Bhosle brought up her kids as a single mother, had to sing to earn money: ‘I would have to leave my 1 month old so I could go sing’

Veteran singer Asha Bhosle, who turns 89 on Thursday, has been singing in the movies since the 1940s. Even though Asha and her sister, late singer Lata Mangeshkar, were popular singers through those early days of Hindi film music, she had to go through many obstacles to make it. Before getting married to music composer RD Burman, Asha was married to Ganpatrao Bhosle with whom she had three children. During her first marriage, Asha shared that her husband would only earn Rs 100 a month so she also had to shoulder the responsibility of the household with him, along with single-handedly taking care of the household chores, and the kids.

In a 1993 chat with Salil Chowdhury, which aired on Doordarshan Kolkata, Asha shared that when she started singing, she used to live away from Mumbai (then Bombay) and would travel in a train every day to come to the city. When she had her son Hemant in 1949, she had to leave her one-month-old behind with her in-laws so she could pursue her singing career as she needed the money.  “I would have to leave my one-month-old behind so I could go and sing and earn money. In those struggle days, sometimes I would get a song, sometimes I would not. I would wake at 5 am for riyaaz. Apart from all this, I had to do all the household chores as well,” she said. 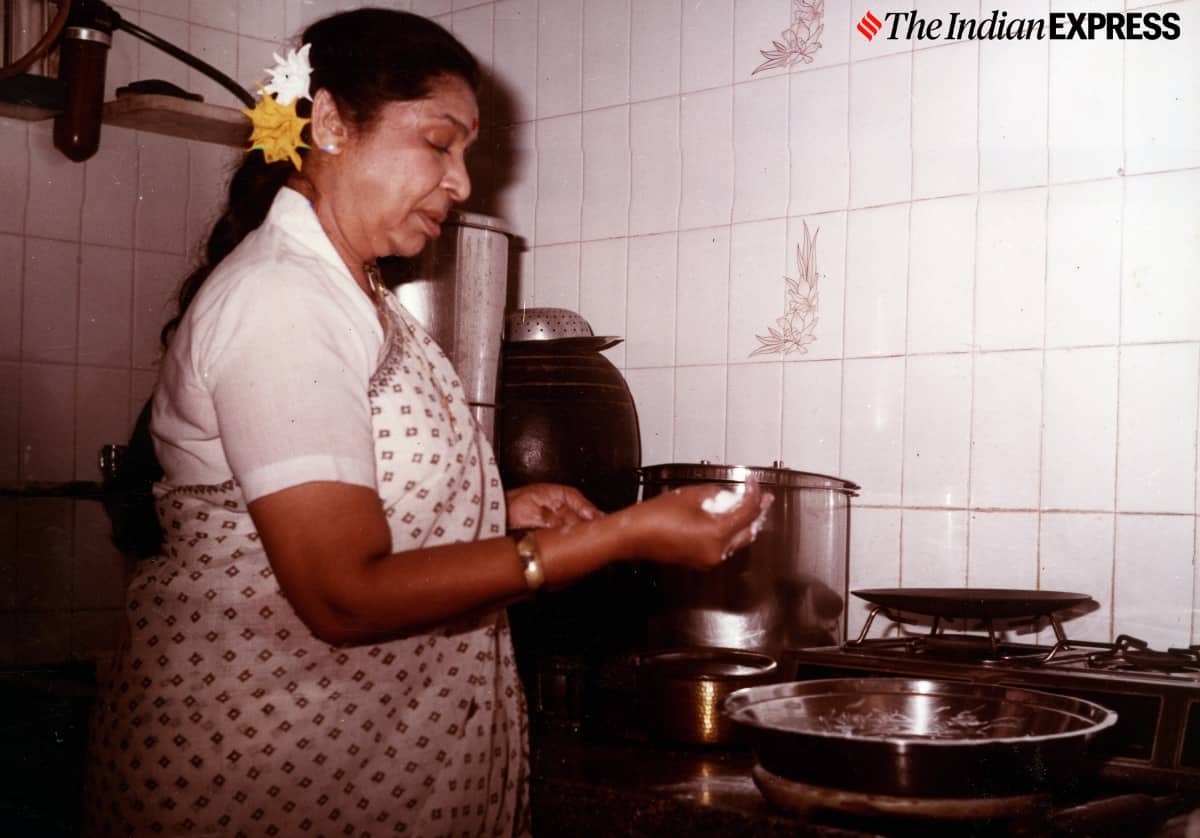 Asha recalled that when she later moved to Borivali, it used to be a village. The world was starting to know Asha as a singer but her daily routine comprised of fetching water from the well, cooking all the meals, packing lunch boxes for the kids, dropping them to school, and even taking care of her in-laws. After all of this, she would stand up for hours on end and record the songs, even when it sometimes took 8 hours. She recalled that even when she moved to a bigger house, the household chores were still her duty. “God has given me a lot of energy, and a strong will power too. I would never say no to anything. I would stand up and sing as long as it would take… 6-8 hours. Sometimes the whole night,” she said. She shared that even when she was starting to do well for herself and would travel to the studios in her car, she would still have to come back home in the middle of the day to take care of her kids’ meals.

Asha separated from her husband in 1960, and in 1966, he passed away. While she had been taking care of her children all on her own since the separation, she was now a single parent who was solely responsible for her kids’ well being. In a 2007 conversation with ITMB show, Asha shared that her reputation as a cabaret song singer preceded her and many older people would object to her style of singing. “People would ask why do you sing such songs. I asked should I leave it? Who will take care of my children then? Was I singing for happiness? It was my need. I had to raise my kids,” she said. The veteran singer said that the responsibility of her children’s education and their future pushed her and she also acknowledged that being a single parent in a society like India was no easy feat. “You know how a single woman is treated in India, it is terrible. But I crossed through all of that,” she said.

While Asha Bhosle is certainly one of the most famous singers of the country, she knows the pitfalls of the profession far too well, which is why she was against the idea of her kids joining the film industry. Her oldest son Hemant Bhosle, who is named after the singer Hemant Kumar, worked as a composer for a short while. “I was very against them joining the film industry. Despite that, my oldest son Hemant Bhosle became a music director. But I did not want any of them to enter the music industry. Because there is a thing about films. If you are lucky, and you are good everyone will put you on a pedestal. But you won’t even realise when you fall. You will get a lot of work but one day, you won’t have anything.  The moment someone new enters, the old ones are forgotten,” she said. Asha said that the idea of what would happen to her kids if the movies aren’t kind to them scared her. “If something like this happens, what would my kids do? So I said no. I said you won’t get into this profession. I did not allow them at all.” 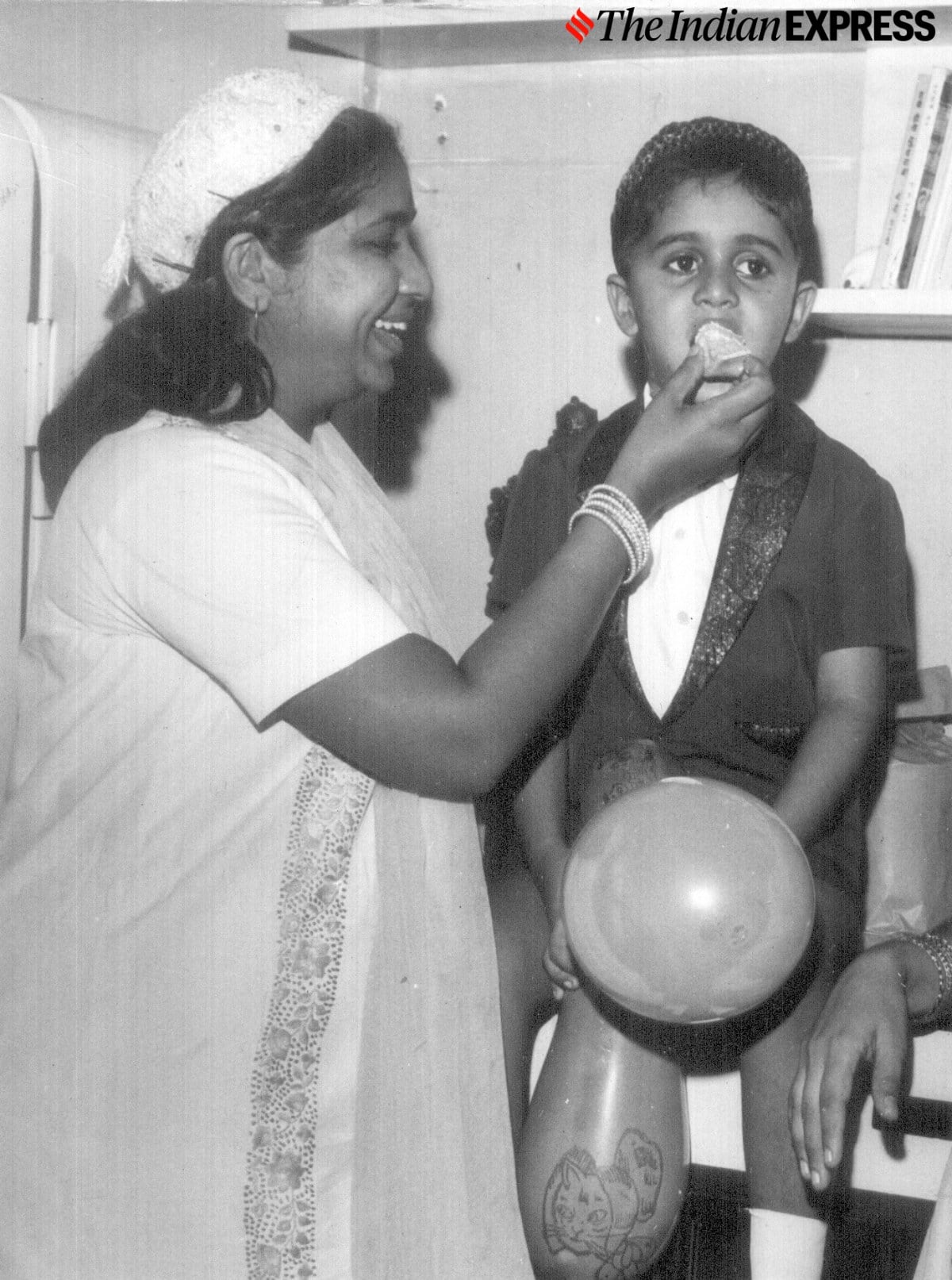 Asha’s oldest son Hemant passed away in 2015 after a long battle with cancer. Her daughter Varsha died of suicide in 2012. Her youngest son Anand has produced a few Hindi films. In April, he was hospitalised in Dubai due to ill health.