Artist Carne Griffiths to release 70 prints of ‘The Platinum Queen’ In a London studio, British artist Carne Griffiths adds the final fluorescent pink touches to “The Platinum Queen”, a portrait depicting the young Queen Elizabeth shortly before her coronation almost seven decades ago.

Griffiths, known for using tea, ink, and alcohol in his work, is releasing 70 limited edition prints – as well as artist proofs – to mark the monarch’s Platinum Jubilee, one for each year of her historic reign.

Based on an original painting sold last year, each piece is made with layers that include diamond dust and platinum leaf.

“I thought this was a poignant moment to capture Her Majesty just at the point where she was about to ascend to the throne,” he told Reuters. 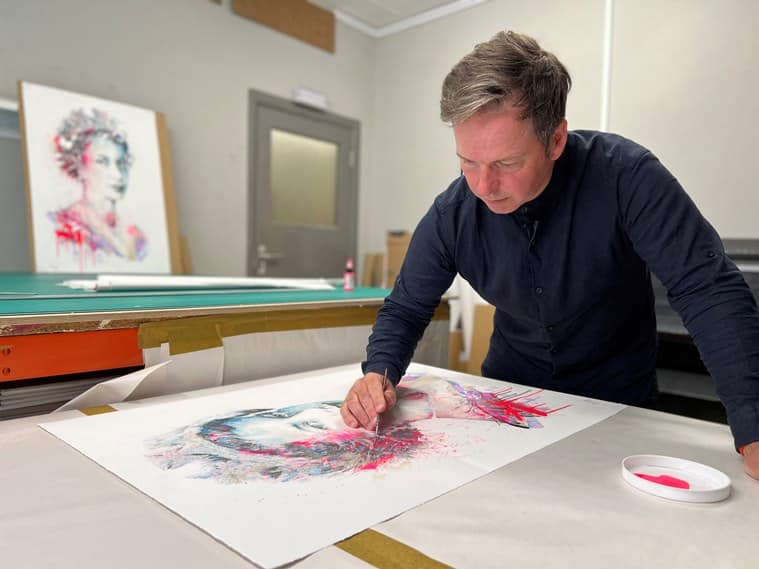 “And whilst I painted the piece, I tried to imagine … what kind of things she would be contemplating at the start of her reign.”

Elizabeth, Britain’s longest-reigning and currently the world’s oldest monarch, became queen on Feb. 6, 1952, on the death of her father King George VI. Her coronation took place on June 2, 1953.

Four days of celebratory events will begin on June 2 with the queen, 96, planning to attend several.

Priced at 1,550 pounds ($1,960), Griffiths’ prints go on sale on June 4 on the West Contemporary Editions online platform, with 150 pounds from each sale going to the Great Ormond Street Hospital (GOSH) Children’s Charity.

The cause is one close to Griffiths’ heart after the hospital treated his newborn daughter in 2012.

Griffiths’ original sold for 25,000 pounds at a fundraiser in December, with proceeds also going to GOSH.