Archana Puran Singh and Shekhar Suman team up once again for India’s Laughter Challenge; the show is expected to replace The Kapil Sharma Show
Advertisement 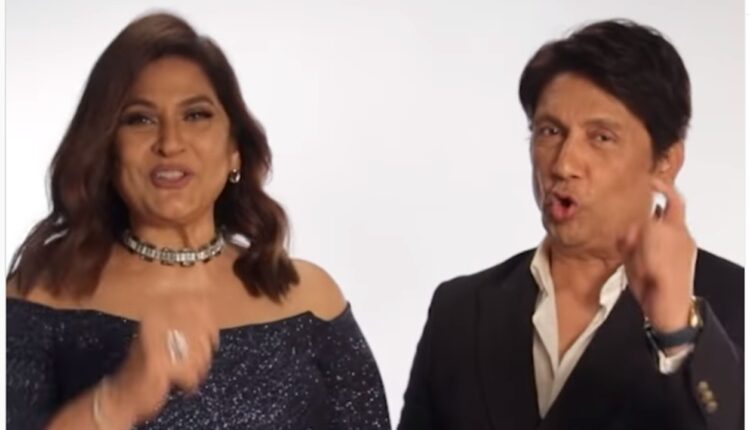 Amidst the reports of The Kapil Sharma Show going off-air, the channel recently announced a new comedy show ‘India’s Laughter Champion’. The show will feature Archana Puran Singh and Shekhar Suman as judges and is likely to replace The Kapil Sharma show.

On May 12, Sony released the teaser of their upcoming comedy show on their official social media accounts. The teaser witnessed Archana and Shekhar announcing that they are coming up with an new comedy show. Archana said, “Main le ke aa rahi hoon ek naya show (I am bringing a new show).” She gets interrupted by Shekha Suman, who seems to be twinning with her in a black suit. As he joins in, Archana corrects herself and they pronounce, “Hum dono le kar aa rahe hain ek naya show.”

From the teaser, it seems like this upcoming show would be similar to The Great Indian Laughter Challenge where the comedians will be provided with a platform to showcase their talent and rise to fame.

Zac Efron: I was drastically underprepared to play a dad