American Novel “Little Women” Gets K-Drama Adaptation: Here’s Everything We Know About The Cast, Characters & Their American Counterparts 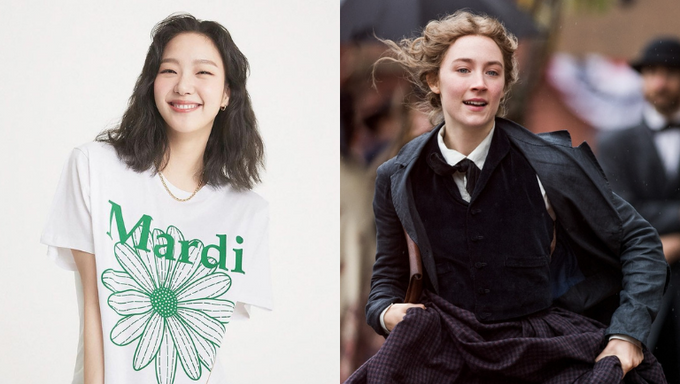 The iconic American coming-of-age novel “Little Women” by Louisa May Alcott is getting a Korean adaptation, joining the growing list of K-Dramas adapted from American/European works. With the source material being set in the 1800s, replete with the nuances of American gentry, the K-Drama adaptation is expected to make significant modifications to fit the storyline to modern-day South Korea while retaining the essence and meaning behind the original.

“Little Women”, the novel, tells the story of four sisters who grow up in poverty but are rich at heart. Through trials and tribulations of their own, the sisters transform from little girls to complete women, ready to face the world on their own terms. The K-Drama “Little Women” will portray the story of three siblings in similar conditions who bravely face the power politics of the most influential family in the nation. It is set to premiere in the second half of 2022 on Netflix.

Here’s everything we know about the characters of the Korean remake and their possible American counterparts (as seen in the 2019 film “Little Women” by Greta Gerwig)!

Note: This article is based on currently available information and speculation. The actual K-Drama characters may or may not have any direct resemblance with the characters of the original work. Kim GoEun will play the central role of Oh InJoo, the eldest daughter of the Oh family who takes on the responsibility of supporting them financially. InJoo is hard-working, feisty, and fearless with a steely resolve and a heart of gold. The corresponding character in the novel is assumed to be Josephine “Jo” March (played by Saoirse Ronan), the second oldest daughter in the family who becomes a successful author after finding the authenticity in her voice. InJoo and Jo are the perfect examples of modern femininity and true beacons of empowerment. It is also important to note that as per the description of Oh InJoo’s character, the corresponding original character that is being referred to could also be Meg March. Nam JiHyun will play the role of Oh InKyung, the middle child with a strong moral compass and a nose for the truth, something that largely aids her profession as a reporter. InKyung is both sentimental and practical, perfect by her own standards. She does not have any special affinity for money even though she grew up in want of the same. When a case from her early days as a reporter comes knocking at her door once again, she is determined to reveal the truth this time around. It is being speculated that the character corresponding to On InKyung in the novel is Meg March (played by Emma Watson), the oldest daughter of the March family. She is portrayed as homely, soft-spoken, and mature. As the ideal oldest daughter, she leads her sisters into adulthood and deeply cares about them. Meg marries for love and never looks back. Similar to Kim GoEun’s character, Oh InJoo, it is also possible that Nam JiHyun’s character Oh InKyung is derived from Jo March. Park JiHu will play the role of the adored youngest daughter Oh InHye, a talented artist who gets into a renowned art school despite never having received official training. She is hard-working and self-assured but often feels overwhelmed by her sisters. The corresponding character in the original work is Amy March (played by Florence Pugh), the youngest of four. Amy shows incredible character development throughout the narrative, going from immature and childish to independent and strong. It will be interesting to see Park JiHu take on such an amazing role. Wi HaJun will play the role of Choi DoIl, an intelligent, philosophical, and honest young man who graduates from a prestigious university. The corresponding character in the original novel is most likely to be Laurie (played by Timothée Chalamet), a misunderstood sweetheart who is best friends with the four sisters of the March family. Laurie falls in love with Jo, being drawn to her free-spirited nature. In the K-Drama, Choi DoIl will be involved with Oh InJoo.

Are you excited for “Little Women”? Share your thoughts with Kpopmap in the comments section down below!